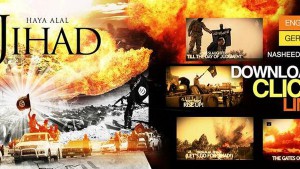 The targeted media center hosted media workers from jihadi al-Bayan Radio and the Amaq News Agency. Both outfits are major outlets for ISIS propaganda in the region.

At least 13 pro-ISIS journalists and media workers were killed in the airstrike, including Abu Ibrahim al-Tounsi, an editor at the Amaq News Agency.

Abdullah al-Malla, a media activist, told ARA News in Mosul: “The coalition struck this media office for its key role in broadcasting ISIS propaganda.” Al-Malla added that the airstrike caused significant structural damage to the building.

“A huge fire covered the building subsequent to the airstrike. Most of the staff who were inside the building lost their lives,” Al-Malla reported.

Over the last two months, the coalition has eliminated many senior officials in the Islamic State’s propaganda arm.

On September 16, Wa’il Adil Hasan Salman al-Fayad, the Information Minister of the Islamic State, was reported dead after an airstrike incinerated his house in Raqqa City. Raqqa is the de facto capital of ISIS in Syria.

Wa’il’s official position actually belied his importance with ISIS. He was a veteran jihadist and a close associate of Abu Mohamed al-Adnani, the ISIS spokesman who was killed on August 30.

“We will continue to work with our coalition partners to build momentum in the campaign to deal [ISIS] a lasting defeat,” Cook said.

Wa’il’s death came just one week after the ISIS military spokesman in Mosul, Abu Isaac, was killed. An anonymous group of gunmen perforated his car as he drove through Iraq’s northwestern Nineveh Governorate.

Also, the Chief of Media Operations in the Islamic State, Abu Muhammad Furqan, was killed on September 9 in an attack by Iraqi Special Operations Forces (ISOF).

Iraqi security officer Ali Daqqa told ARA News that the ISOF raided a building in the Baaj District where Furqan and other ISIS-affiliated media workers had been hiding. “At least 20 ISIS media workers and officials were hiding in that building. They were all killed in the operation.”