An al-Qaeda supporter wanted to hit Americans “to the core” on Independence Day, like reported by frontpagemag.com 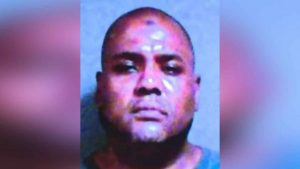 The suspect, Demetrius Nathaniel Pitts, also known as Abdur Raheem Rafeeq, is a violent, convicted felon known for expressing support for al-Qaeda. Pitts was preparing an attack in Cleveland. He was arrested Sunday morning and charged with attempting to provide material support to a foreign terrorist organization.

Pitts reportedly has a long criminal rap sheet, including for felonious assault, domestic violence, and aggravated robbery. He appeared before U.S. Magistrate Judge David A. Ruiz in Cleveland on Monday afternoon. A preliminary hearing and a detention review have been scheduled for July 5, the Washington Times reports.

Authorities began tracking Pitts last year when he lived near Cincinnati. At that time he advocated violence and terrorism in social media. Pitts said he wanted to give children in military families explosives-rigged remote-controlled toy cars so they could blow them up to hurt their parents, according to the FBI.

“His Facebook posts were, quite frankly, disturbing,” said Stephen D. Anthony, the FBI Special Agent in Charge in Cleveland. “They included words to the effect that ‘we as Muslims need to start training like this every day. We need to know how to shoot guns, throw hand grenades, and hand-to-hand combat.’”

The FBI continued tracking Pitts when he moved to the Cleveland area in May.

“Just last week, this individual was walking around downtown Cleveland, taking reconnaissance for what he thought was a large-scale attack on the Fourth of July,” said Justin Herdman, U.S. Attorney for the Eastern District of Ohio.

Anthony quoted Pitts saying, “I did tell myself that their holiday is coming up – the Fourth of July, Independence Day. What would hit them in the core? Blow up. Have a bomb blow up at the Fourth of July parade.”

According to the FBI, Pitts told an undercover agent about his plan to detonate a vehicle packed with explosives during the parade. He also said he wanted to decapitate people and lop off hands.

In addition, Pitts talked about the possibility of launching a separate attack in Philadelphia, a city in which he used to live.

Ohio has become a hotbed of violent Islamist activity, particularly on behalf of Islamic State, Patrick Poole writes at PJMedia.

On June 20 this year Amir Said Rahman Al-Ghazi, also known as Robert C. McCollum, of Sheffield Lake, Ohio, was sentenced to 16 years imprisonment for one count of providing material support to the Islamic State, along with two counts of being a felon in possession of firearms. Al-Ghazi tried to persuade others to join Islamic State and took steps to generate propaganda videos for the group.

On March 20 an Ohio jury convicted Erick Jamal Hendricks of attempting to create an Islamic State-inspired terrorist cell to carry out attacks on targets inside the U.S., according to the Plain Dealer.

A large part of the government’s case against Hendricks centered on his connection to one of two gunmen who opened fire at “The First Annual Muhammad Art Exhibit and Contest” in Garland, Texas in May 2015. Elton Simpson and Nadir Hamid Soofi drove from Phoenix to Garland, which is outside Dallas. They wounded a security guard before a police officer and killed them.

Terrence J. McNeil of Akron was sentenced Aug. 2, 2017 to 20 years in prison for soliciting the murder of members of the U.S. military. McNeil entered guilty pleas to five counts of solicitation to commit a crime of violence and five counts of making threatening interstate communications.

“With this sentence, McNeil is being held accountable for disseminating ISIS’s violent rhetoric, circulating U.S. military personnel information and explicitly calling for the killing of American service members in their homes and communities,” said Acting Assistant Attorney General Dana J. Boente. “McNeil went far beyond free speech by reposting names and addresses of 100 U.S. service members, all with the intent to have them killed,” according to the FBI special agent in charge.

On May 11, 2017, Laith Waleed Alebbini of Dayton was indicted on one count of trying to provide material support and resources to the Islamic State.

On Dec. 4, 2016, Christopher Lee Cornell of Green Township was sentenced to 30 years imprisonment for plotting to attack the US. Capitol and kill President Barack Obama during the 2015 State of the Union address. After sentencing Cornell said the courts are a “rigged ass system” and that “Allah’s in control, not the judge.”

On Nov. 28, 2016, Abdul Razak Ali Artan ran over and stabbed people at Ohio State University in Columbus. Artan was shot and killed by police but not before he killed one person and put 13 in the hospital. Authorities said Artan was inspired by propaganda produced by Islamic State.

Given the rapid ongoing growth of Ohio’s Muslim population, more Muslim terrorist attacks in the Buckeye State are a near-certainty.