You are here: Home / West Asia / Clashes ongoing between Taliban and ANSF in Farah 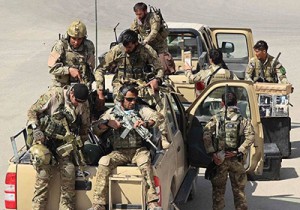 The clashes simultaneously started in Farah city the two districts of the province.

A security official in the province told BNA reporter, the conflicts has started when Taliban carried out mass attacks on Afghan security forces checkpoints in the areas.

So far the exact number of casualties and cause of the clashes is not clear.