You are here: Home / Senza categoria / CIA warns of other Islamic State attacks 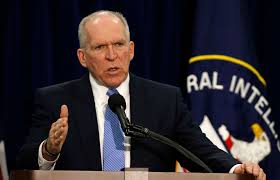 CIA Director John Brennan warned that the attacks in Paris claimed by the Islamic State of Iraq and the Levant militant group were not a “one-off event” and that the militants may have similar operations ready to launch.

Foiling those plots, however, could prove difficult because Europe’s intelligence and security resources are severely stretched trying to keep track of the hundreds of European extremists who have returned home from fighting in Syria and Iraq.

“I would anticipate that this is not the only operation that ISIL has in the pipeline,” Brennan said. “And security intelligence services right now in Europe and other places are working feverishly to see what else they can do in terms of uncovering it.”