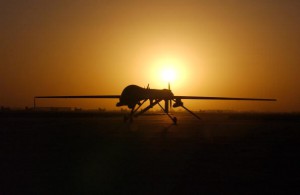 With no regular American presence in the war theater, the U.S. has struggled to answer basic intelligence questions about the situation in Syria and Iraq, including the Islamic State group’s fighting strength. And the overall U.S.-led bombing campaign has failed to dislodge the group from its self-declared caliphate across both countries.

But one element is seen as a growing intelligence and military success: The combined effort by the CIA and the military’s Joint Special Operations Command to find and kill “high value” targets from both al-Qaida and IS.

The drone strikes – separate from the large air campaign run by U.S. Central Command – have significantly diminished the threat from the Khorasan Group, an al-Qaida cell in Syria that had planned attacks on American aviation, officials say. The group’s leader, Muhsin al-Fadhli, and its top bomb-maker, David Drugeon, were killed this summer. Other targeted strikes have taken out senior Islamic State group figures, including its second in command, known as Hajji Mutazz.

In an effort that ramped up over the last year, intelligence analysts and special operators have harnessed an array of satellites, sensors, drones and other technology to find and kill elusive militants across a vast, rugged area of Syria and Iraq, despite the lack of a ground presence and steps taken by U.S. targets to disguise their use of electronic devices.

The strikes won’t defeat the Islamic State, but they are keeping its leadership off balance, a senior defense official involved in planning them said. “They are constantly having to adjust, which means they don’t have a lot of time to sit there and plan large and effective attacks,” the official said.

Like others interviewed for this story, the official was not authorized to discuss intelligence matters publicly and would not be quoted by name.

As in Pakistan and Yemen, missiles fired from unmanned drones have been the weapons of choice to kill high-value targets in Syria and Iraq. But unlike in Pakistan and Yemen, JSOC, not the CIA, has been pulling the trigger in Syria and Iraq, officials say. JSOC’s armed drones operate separately from, but in concert with, a conventional bombing campaign run by U.S. Central Command, which has overall responsibility for the war.

The CIA’s Counter Terrorism Center brought its collection and analytical expertise to the hunt for senior militants in close cooperation with JSOC, officials say, with a new focus on achieving a hybrid model that has long been the Obama administration’s goal. Although the CIA has carried out the vast majority of drone strikes during the Obama administration, the president has said he wants the military to become the chief instrument of targeted lethal force.

The successful strikes against terrorist leader-ship targets in Iraq and Syria show how the U.S. has upped its man-hunting capabilities in areas without an American embassy or troop presence, said Rep. Adam Schiff of California, senior Democrat on the Intelligence Committee. “In Syria it’s taken a long time to build up our intelligence capabilities, but they are improving every day,” he said.

The effort is the product of years of honing techniques and technology. Since 9/11, so-called targeting analysts have become increasingly important within both intelligence agencies and the military. Their job is to sift through every fragment of intelligence using “unique datasets, specialized tools and network analysis,” as a CIA job description puts it, to assemble a targeting package.

The CIA began stepping up efforts to craft targeting packages for militants in Syria in early 2013, even before the Islamic State had seized significant territory. But over the last year, its tracking capacity has improved as the Pentagon has deployed 24-hour overhead coverage allowing the National Security Agency (NSA) to soak up electronic signals while the National Geospatial-Intelligence Agency (NGA) conducts visual surveillance, officials say. The CIA and Defense Intelligence Agency have stepped up efforts to recruit human sources.

When the goal is to kill the target, the analysts try to establish his “pattern of life,” so they will know where and when he will be away from innocents. In recent years, a former CIA counterterrorism targeter said, the agency has developed “a better understanding of what a modern terrorist group looks like and how it behaves.”

Man-hunting in Syria and Iraq relies on both human and electronic intelligence collection. Although the CIA doesn’t routinely insert American officers on the ground, it sends in foreign agents recruited in border countries and cooperates closely with Jordanian, Saudi and Kurdish spy services. There is no shortage of informants who are angry about militants’ brutal tactics, officials say.

But the most important factor in locating senior militants has been electronic eavesdropping by the NSA, coupled with overhead imagery, social media analysis and other work by the NGA, officials say. Both agencies are adept at finding people based on electronic signals emitted by communication devices.

The technology deployed to collect intelligence on Syria and Iraq is part of what Kimberly Arsenault, a Defense Intelligence Agency official, calls “the largest armada of intelligence, surveillance, and reconnaissance (ISR) assets in the history of the intelligence community.”

Even in a post-Edward Snowden era in which U.S. electronic spying is widely understood, al-Qaida and Islamic State operatives in Syria can’t avoid using electronics to communicate, officials say.

“They have to be more visible and more accessible because they have a battlefield role,” Schiff said. “They have to interact and communicate in some fashion – they can’t just go hide in a cave somewhere.”

Even if senior figures take steps to avoid detection, all it takes is for a known associate of the target to slip up, officials say.

Some Islamic State targets have been active on social media, making it far easier to find them.

Such was the case with Junaid Hussain, a British hacker and Islamic State militant killed in a U.S. drone strike in August, officials say. Hussein posted pictures of himself on Twitter with an automatic weapon and tweeted praise for the gunmen who attacked a Garland, Texas, “Draw Muhammad”contest.

U.S. man-hunters killed him in a drone strike near the Islamic State’s self-declared capital of Raqqa.