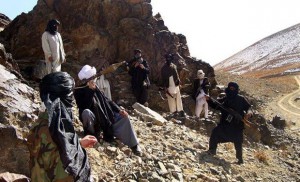 Pakistan uses militants as proxies to counter India’s growing influence in Afghanistan, according to a set of documents released by WikiLeaks from the hacked personal email account of CIA Director John Brennan.

The documents, released by the whistle-blower website and deemed classified by the CIA, contained reports on Afghanistan and Pakistan, and also ideas for US policy towards Iran.

Brennan, three days after Barack Obama was elected US President in November 2008, wrote to him in a position-cum- strategy paper that Pakistan uses the Taliban to counter India in Afghanistan.

“Pakistan’s desire to counter India’s growing influence in Afghanistan and concerns about US long-term commitments to Afghanistan increase Pakistan’s interest in hedging its bets by ensuring that it will be able to have a working relationship with the Taliban to balance Indian and Iranian interests if the US withdraws,” Brennan wrote on November 7 in 2008.

Brennan, then a top foreign policy and counter-terrorism adviser to Obama, then a president-elect, was in the running to be CIA Director. The post, however, went to Leon Panetta.

Obama initially made Brennan his top counter-terrorism adviser, and in January 2013 he nominated him as CIA Director.

Brennan’s views on Pakistan was disclosed in a 13-page executive summary of key findings and recommendations on Afghanistan and Pakistan.

Brennan, in the summary, said efforts in the Federally Administered Tribal Areas (FATA) have been challenged by Pakistan’s ambivalence towards, and perhaps outright support for, the Taliban.

“While the US Intelligence Community differs on the extent of the relationships, at least some elements of Pakistan’s military and intelligence services appear to be ambivalent about the anti-Taliban and anti-militant mission in the FATA, in part due to their history of close ties to the Taliban in Afghanistan’s conflict with the Soviet Union and Pakistan’s use of militant proxies in its conflict with India,” he wrote.

Coalition forces have won every major battle with Afghan insurgents, but these tactical successes have not resulted in a strategic victory, largely because insurgents are free to regroup in sanctuaries across the Af-Pak border, he wrote.

On Wednesday, WikiLeaks began publishing documents from “Brennan’s non-government email accounts”. They appear to date back to 2007-09, when Brennan worked in the private sector.