You are here: Home / West Asia / China’s next “headache”, a new Islamic Emirate of Afghanistan on the border 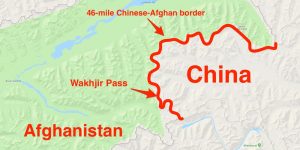 Adnaan Aamir, journalist based in Quetta, Pakistan, and founder of Balochistan Voices, outlined in the Interpreter this week that the Pakistani Taliban attempted to take the life the Chinese ambassador to Pakistan. Aamir outlined that there were three potential reasons for this attack, like reported by defenceconnect.com.au.

“Most obviously, the TTP recognises that China is arguably the closest ally of Pakistan at present. The terror group has repeatedly targeted symbols of the Pakistani state and important personalities,” Aamir contested.

“Second, the TTP is happy to further muddy the waters for Pakistan in its regional rivalry with India.

“A further reason for a change of strategy may be that the TTP has decided to retaliate against China over the treatment meted out to Uighur Muslims in Xinjiang province, where there have been mass incarcerations in the name of countering terrorism.”

Aamir explained that there is currently a US$50 billion China-Pakistan Economic Corridor agreement underway, which will build numerous energy and infrastructure projects across the country. Indeed, not only would this threaten the strength and bargaining power of the US’ newfound strategic partner in India, but will also provide China with a gateway to marry up with their freshly renewed allies in Iran.

Except, a newly emboldened Taliban Emirate is in the way.

Strategically, it would also be hugely beneficial to the US to place a rogue extremist government on the doorstep of a global superpower. Indeed, the Taliban and al-Qaeda, both in Pakistan and Afghanistan, have long historical connections to the Eastern Turkistan Islamic Movement operating in western China, specifically among the Uyghur community.

The situation gets more interesting considering that the Turkistan Islamic Party was dropped from the US terror list by former US secretary of state Mike Pompeo in October 2020, arguing that there is too little evidence that they still exist – a line that China promptly denied. Again, curious.

Perhaps there is more than meets the eye regarding the US withdrawal from Afghanistan. Certainly, the US has geopolitical impetus to leave the region in ruins for the Taliban to reassert control over.

History has a curious way of repeating itself.