You are here: Home / Senza categoria / China’s got a new weapon in the war on Islamic terrorism 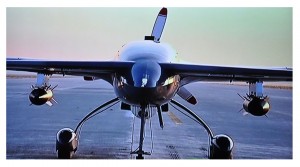 China has developed a new missile that can reportedly compete with America’s Hellfire, the weapon of choice for drone strikes against terrorists, like reported by dailycaller.com .

The China Academy of Aerospace Aerodynamics, one of the country’s largest military drone developers, recently conducted live-fire tests of its AR-2 short-range air-to-surface missile, which can be mounted on a combat drone for low-intensity conflicts and anti-terrorism operations, reports the China Daily.

Weighing about 45 pounds and carrying a 10-pound warhead, the AR-2 has a range of 5 miles and a maximum speed of 450 miles per hour. It is well-suited for strikes against bunkers, houses, armored vehicles, and personnel.

The tests were carried out using CH-4 reconnaissance/combat drones — the same unmanned weapons being used in Egypt, Saudi Arabia, Iraq, and Jordan.

“China is developing drones to do the jobs of American drones, but for a much lower cost,” Daniel Katz, director for defense analysis and data at Aviation Week, previously told The Daily Caller News Foundation.

“Chinese capabilities do not appear to match American capabilities, but they can get the job done,” he added.

“There are a lot of counterterrorism operations and low-intensity conflicts in the world that create a huge demand for low-cost, high-efficiency weapons to hit cars or light-duty, armored vehicles,” Zeng Like, the AR-2 project manager, explained. “We believe that most ground targets designated for drones are soft targets or lightly armored vehicles, so using a heavier missile such as the AGM-114 Hellfire for such operations is a waste.”

“Smaller, cheaper missiles like the AR-2 are powerful enough to handle those targets, and their lighter weight enables a drone to carry more missiles,” he added.

The Hellfire is reportedly used by 29 different countries.

Right now, most of China’s drones are equipped with heavier AR-1 missiles.

The AR-2 would allow China to move up the chain in the weapons export business.

“China is trying to move up the value chain on its arms exports,” Katz told TheDCNF in December. China primarily exports cheap systems, small arms, and some armored vehicles, but it wants to eventually sell more advanced combat systems like its J-31 stealth fighter and new CH-5 drones.