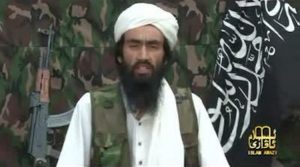 China’s Foreign Ministry said on Wednesday (March 1) it wanted to work with the international community to fight Uighur militants, following the purported release by Islamic State in Iraq and Syria (ISIS) of a video showing Uighur fighters in training, like reported by straitstimes.com.

China is worried that Uighurs, a mostly Muslim people from western China’s Xinjiang region, have gone to Syria and Iraq to fight for militant groups there, having travelled illegally via South-east Asia and Turkey.

ISIS claimed responsibility for the killing of a Chinese hostage in 2015, underscoring China’s concern about Uighurs it says are fighting in the Middle East.

Hundreds of people have been killed in Xinjiang in the past few years, most in unrest between Uighurs and the ethnic majority Han Chinese. The government blames the unrest on Islamist militants.

The Iraqi unit of ISIS has released a half-hour long video purportedly showing Uighurs training, as well as some images from inside Xinjiang, including Chinese police on the streets.

One shot shows Chinese President Xi Jinping that gives way to flames in front of a Chinese flag.

The video was released this week by the US-based SITE Intelligence Group which monitors militant groups online.

Reuters was not able to independently verify the authenticity of the video.

Chinese Foreign Ministry spokesman Geng Shuang said he was not aware of the video and had not seen it.

“But one point is very clear. We oppose any form of terrorism and proactively participate in international cooperation to crack down on terrorism,” he told a daily news briefing.

“We have long said that East Turkestan forces are a serious threat to China’s security and we are willing to work with the international community to jointly crack down on East Turkestan separatist and terrorist forces,” Geng said.

The government says foreign militants have stirred up tensions in Xinjiang, where it says it faces a determined campaign by separatists who want to establish an independent state called East Turkestan.

But many rights groups and exiles doubt the existence of a coherent militant group in Xinjiang, and say Uighur anger at repressive Chinese policies is more to blame for the unrest.