You are here: Home / MidEastGulf / Child among dozens executed by Daesh: UN 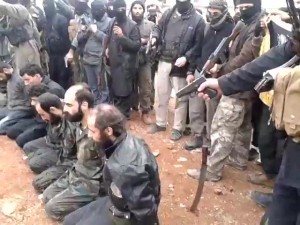 A fleeing seven-year-old child was among dozens more civilians allegedly executed by the Daesh group in Mosul in recent weeks, the UN said on Tuesday.

Since the battle to retake the last Daesh bastion in Iraq began six weeks ago, the United Nations rights office has reported hundreds of alleged execution-style killings by Daesh, stressing that some of the purported atrocities have not been definitively confirmed.

The most recent allegations include a Nov. 22 killing of “a seven-year-old child who was running toward the Iraqi Security Forces in Adan neighborhood in eastern Mosul,” rights office spokeswoman Ravina Shamdasani told reporters in Geneva.

That shooting was part of a reported trend of Daesh gunmen spraying fire on those trying to escape the strife-torn city, according to the rights office.

The UN has also received reports about a Nov. 11 massacre in Mosul’s eastern Bakir neighborhood that saw 12 people reportedly shot dead for “refusing to allow (Daesh) to install and launch rockets from the rooftops of their houses,” said Shamdasani.

She added that Daesh has apparently “been installing rocket launchers and placing snipers on the rooftops of civilian houses,” in multiple locations, with consequences for residents who refuse to cooperate.

The rights office has said that its standard practice of verifying alleged atrocities through multiple sources has not always been possible amid the chaos in Mosul, but that its information has come from a range of reliable sources on the ground.

Iraqi forces assault 2 villages
Iraqi forces are assaulting villages far south of Mosul in the Nineveh province, attempting to clear rural areas of Daesh fighters who stayed behind to hinder their advance.

Several hundred fighters from the army, state-sanctioned Shiite militias and paramilitary federal police massed in the village of Haj Ali on Tuesday, firing mortars at Daesh positions in the villages of Shayala Abali and Shayala Ayma, 90 km from Iraq’s second largest city.

Dust obscured the view as a column of Humvees advanced on the villages across an open field, firing heavy machine guns and backed by mortars.

The government last month launched a massive campaign to retake Mosul, captured by Daesh in 2014. It is the extremist group’s last major urban center in Iraq.

Mosul struggling, says UN
The United Nations said on Tuesday there were indications that poorer families in Mosul are struggling to feed themselves as food prices increase following the US-backed offensive on the Daesh-held city in northern Iraq.

“Key informants are telling us that poor families are struggling to put sufficient food on their tables,” UN Humanitarian Coordinator in Iraq, Lise Grande, told Reuters. “This is very worrying.”