You are here: Home / Europe / Chechnya vs ISIS? Ramzan Kadyrov would fight against Islamic State group 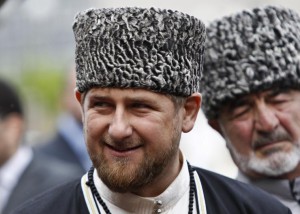 Chechnya’s leader would apparently enjoy nothing more than fighting against the Islamic State group, reported Tass, the Russian government-backed news agency, on Thursday. Despite being of the same Sunni religion as the militant group, Ramzan Kadyrov has made no secret of his dislike for the terror organization that has captured large areas of Syria and Iraq over the last year and declared Chechnya as part of its Islamic caliphate.

“If only I were free to go and fight against them, I would have done that with great pleasure,” Kadyrov’s news service quoted him as saying. “I have dedicated my whole life to fighting devilish types like these. I would surely go and fight against them and try [to] persuade those who had gone astray [that] their propaganda and ideology have nothing to do with the Quran.”

Kadyrov earlier this month denied claims by the Islamic State group — also known as ISIS or ISIL — that it had opened branches in the predominately Muslim North Caucuses region. Despite numerous reports that it was in fact mercenary fighters from Chechnya driving the terror group forward who were responsible for most of its gains, Kadyrov has said that the group has no place in his country. He added that “their organized groups will never come here and if they risk to, this will be the last thing they do in their life.”

Kadyrov also took aim at those who have already gone to fight for the terror group, saying that anyone who leaves for Syria or Iraq will not be permitted back into Chechnya. “It would be right and proper to annul the citizenship of all those who leave the country from any other region to join terrorist organizations,” he said.

The Grand Mufti of Syria suggested in June that around 7,000 former Soviet nationals were fighting for ISIS.