You are here: Home / Europe / Chechen on trial for funding jihadist group 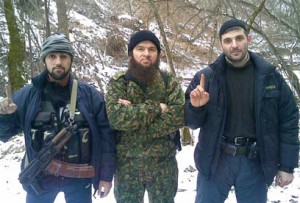 The trial of a suspected Islamist has begun in Vienna – under heightened security. The 37-year-old man from Russia’s Chechnya region is accused of working with and funding the al-Qaeda linked Caucasus Emirate jihadist group in south-western Russia, to the tune of €530,000.

The group wants to establish an independent Islamic emirate in the North Caucasus region, and has committed numerous terror attacks against civilians, including the Moscow metro bombing of 2010 that killed dozens.

The defendant is believed to have raised funds for the Caucasus Emirate throughout Europe, sending money to the militants via couriers.

Some of the money was hidden in the Vienna apartment of a 28-year-old Chechen, who is also being tried as an accomplice.

The 37-year-old – who has two prosthetic arms – has been held in pretrial detention in Vienna’s Josefstadt prison. Reports suggest he may have lost his forearms trying to carry out a terror attack, although this has not been confirmed.

The hearing is scheduled to last two days. Both men face up to ten years in jail if found guilty.

Around 30,000 Chechen refugees live in Austria. The majority arrived around a decade ago, fleeing Russia’s wars with Chechnya and human rights abuses.

They have become prime targets for Isis recruiters and around 100 young Chechens have left Austria to fight for Isis in Syria.