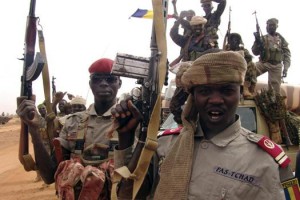 Chadian lawmakers have been discussing a controversial bill to counter terrorism after attacks by the Boko Haram group.

According to Press TV, the lawmakers, which were debating the anti-terror bill for hours, could not come to a decision by Thursday evening.

The anti-terror legislation has already been approved by the government, but it needs parliamentary approval to become law.

Opponents and rights activists say the approval of the bill could be used to limit freedom because “terrorism” has been loosely defined in the bill.

Three Chadian unions said in a joint statement on Thursday that the vague definition of “terrorism” in the bill “opens civil society organizations and political parties to repression under the cover of fighting terrorism.”

The Chadian government’s decision to pass the law and beef up security came after a number of bomb attacks in the country, including one in the capital N’Djamena.