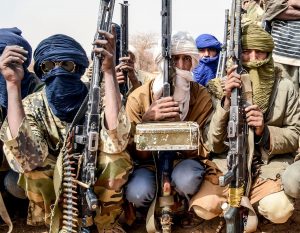 Local officials in central Mali are calling on the government to deploy additional troops to the restive region following several attacks that targeted civilians last week, like reported by voanews.com.

While no group has claimed responsibility for the attacks, local officials have blamed jihadists for carrying out the deadly assaults.

“These attacks were conducted by the jihadists,” said Allaye Guindo, mayor of Bankass. “They came from Baye, a village on the border between Mali and Burkina Faso, to carry out these attacks in the Bankass municipality.”

Guindo told VOA that 33 villagers, including women and children, were killed in the attacks. The victims were all from the Dogon ethnic group, he said.

The mayor added that the attacks have forced hundreds of villagers to leave their homes, fearing that armed groups could launch new attacks.

Deadly clashes between the ethnic Fulani and Dogon communities have increased in recent months.

The United Nations said in a report last month that violence in central Mali has killed about 600 civilians this year.

The conflict in Mali began in 2012 when a separatist uprising in the north was largely taken over by al-Qaida affiliates. Since then, thousands of civilians and military personnel have been killed.

The U.N. has a peacekeeping mission in the country, while France maintains an ongoing military campaign against the insurgents.

The U.N. Security Council last week renewed the mandate of its peacekeeping mission in Mali, MINUSMA, for one more year. MINUSMA currently has about 15,000 personnel in Mali.

Guindo called on the central government in Bamako and its international partners to act quickly to bring an end to the growing violence in the central part of the West African country.

Malian authorities said they have responded to last week’s attacks by sending a military unit to the region.

One day after the attacks, Malian soldiers were deployed to Gouari, one of the targeted villages, after receiving information about a new attack, a military spokesman said.

“When (they) arrived at around 8 p.m., the village seemed deserted. There were practically no signs of life,” army spokesman Col. Diarran Kone told the Agence France-Presse news agency last week.

“Just at the entrance, the FAMA (Malian Armed Forces) walked into an ambush,” he said, adding that “nine (soldiers) died and two were injured, and equipment was also destroyed.”

Bakary Sambe, a security expert at the Timbuktu Institute in Dakar, Senegal, calls the crisis in central Mali “multidimensional.”

“It would be simplistic to interpret it only through the prism of jihadist-motivated violence,” he told VOA. “It would also be simplistic to see it as a simple ethnic issue, since Fulani and Dogon have lived together for centuries.”

Sambe said the real problem is the failure of the security governance system that took the risk of countering the insurgency by creating local ethnic-based militias.

Experts believe that deep-rooted conflicts over resources in northern and central Mali have been exploited by extremist and criminal groups to exacerbate the violence.

“The Malian state should first cut off terrorist networks from their local incubators and undertake an inclusive dialogue based on local conflict resolution mechanisms,” Sambe asserted.

In an effort to end the conflict, the government of Malian President Ibrahim Boubacar Keita announced in February it had been in talks with the main jihadist groups in Mali.

The Jama’at Nasr al-Islam wal Muslimin (JNIM), an alliance of several extremist factions, is the main group that is active in parts of Mali. The group has pledged allegiance to al-Qaida.

The talks, however, seem to have reached a stalemate since jihadists insist that France pull out its troops from Mali as a condition to continue the negotiations.

Sambe said a genuine stabilization policy in Mali is needed with the help of the international community.

“It will be necessary to go beyond mere repression and even explore the paths of transitional justice, knowing that the future of this region cannot be built on revenge and reprimands,” he said.