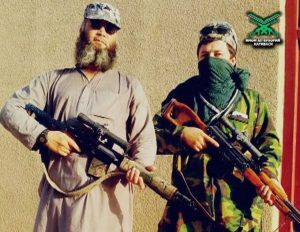 At the time when the Uzbek authorities held an international conference on Afghanistan on March 26-27, 2018, and the Uzbek Foreign Minister Abdulaziz Kamilov hosted the Afghan Taliban delegation led by the Movement’s political chief Sher Mohammad Abbas Stanikzai on August 6-10, 2018, Taliban-backed Uzbek Salafi-jihadi groups continued their military operations against the Afghan government forces, like reported by eurasiareview.com.

Uzbekistan’s President Shavkat Mirziyoyev’s diplomatic efforts to establish a direct dialogue between the Afghan government and the Taliban have not yet produced the desired result. Moreover, these two important events in Tashkent city could not diminish the terrorist activity of jihadist groups from the Ferghana Valley, which are under the dual patronage of al Qaeda and the Taliban.

Monitoring of the Central Asian Salafi-jihadi groups activities showed that since 2018 al Qaeda-linked Katibat Imam al Bukhari (KIB) has stepped up its participation in the terror attacks against the Afghan Armed Forces. This Uzbek terrorist group has a high level of trust among the leaders al Qaeda and Taliban and has become a link in their strategic ties. The ongoing strategic ties between al Qaeda and the Taliban were also noted in the United Nations’ twenty-second comprehensive report, which was published on July 27, 2018.The UN Security Council emphasized that “Al-Qaida and its affiliates remain stronger than ISIL, while its alliance with the Taliban and other terrorist groups in Afghanistan remains firm despite rivalry from the local ISIL affiliate” (page 3, section “Summary”).

In this regard, it should be noted that the Pentagon and some high-ranking generals maintained that the strategic ties between al Qaeda and the Taliban were terminated. The US Department of Defense in its biannual report “Enhancing Security and Stability in Afghanistan” in June 2018 wrote that “…there is no evidence of strategic ties between the two organizations and the Taliban likely seeks to maintain distance from al-Qa’ida” (page 26, section “Threats from Insurgent and Terrorist Groups”).

However, the UN report and the KIB activities show that the strategic ties between al Qaeda and the Taliban continue to function successfully. KIB is not the only group from Central Asia that is affiliated with al Qaeda and conducts terror operations under the Taliban’s leadership in Afghanistan. The authors of the UN’s report devoted a whole paragraph to jihadist organizations from Central Asia, which play a key role in strategic cooperation between al Qaeda and the Taliban. Citing information provided by its Member States, the UN its report claims: “The Islamic Movement of Uzbekistan still commands about 500 fighters in Afghanistan, concentrated in Faryab, Sari Pul, Jowzjan, Kunduz, Baghlan, Takhar and Badakhshan provinces. Around another 500 Central Asian fighters are distributed between Khatibat Imam Al-Bukhari, Katibat al Tawhid wal Jihad, Islamic Jihad Union… The Eastern Turkistan Islamic Movement commands 400 fighters in Badakhshan” (page 15-16, section “Central and South Asia”).

As an expert who is researching an ideological doctrine of the Central Asian Salafi-jihadi groups, I want to note that the above facts in the UN report may require some adjustment.First, of all the above-mentioned terrorist groups, only Katibat Imam al-Bukhari and the Eastern Turkistan Islamic Movement, more commonly known as the Turkistan Islamic Party (TIP) from northwest China, today jointly conduct attacks against the Afghan government forces.

Secondly, the presence of Katibat al Tawhid wal Jihad (KTJ) militants in Afghanistan raises serious questions for experts on Central Asia. This Salafi-jihadi group, which consists of Islamists from Kyrgyzstan and Uzbekistan, is fighting alongside other al Qaeda-linked groups in Syria and has not yet formed its branch in Afghanistan.Although KTJ is a strong mouthpiece of al Qaeda in the Central Asian region. The KTJ’s leader Abu Saloh became an effective mechanism in spreading the ideology of al Qaeda in the Ferghana Valley and the recruitment of new militants.

Thirdly, after the killing of the Islamic Movement of Uzbekistan’s (IMU) leader Usman Ghazi and his more than 100 militants by the Taliban for the betrayal to ISIS at a base in Zabul Province, the group was practically extinct.In June 2016, a new faction of the IMUannounced itself, denouncing ISIS and expressing its loyalty to the Taliban and al Qaeda.But after this incident, al Qaeda and the Taliban leaders do not strongly trust the new IMU faction. Therefore, the IMU is unable to become an effective player in strengthening strategic ties between al Qaeda and the Taliban. Among the Central Asian jihadi groups who fight in Afghanistan, only KIB, TIP and Islamic Jihad Union (IJU) have the highest confidence among al Qaeda and the Taliban leaders.

Uzbek jihadists in a double embrace

It is known that KIB has two branches. The group’s main fighting force of more than 500 militants, led by leader Abu Yusuf Muhojir today is based in the Syrian province Idlib. Despite the fact that KIB positions itself as an “independent” faction it is closely connected with Ahrar al Sham who has had al Qaeda operatives embedded in its own ranks. The KIB’s second branch is concentrated in Afghanistan, which positions itself as an integral part of the Taliban.Even the emblem and the name of the KIB branch are closely associated with the Taliban. It is known that the Taliban refers to itself as “the Islamic Emirate of Afghanistan” and has the website under the same name. With the Taliban’s consent KIB leaders gave their branch the name “Katibat Imam al Bukhari of the Islamic Emirate of Afghanistan”.After pledging an oath of allegiance to Taliban leader Mullah Omar, KIB became a reinforcing factor of the strategic ties of the Taliban and al Qaeda.It should be noted that the US State Department designated KIB to the list of global terrorist organizations on March 22, 2018.

KIB’s Media Center is located in Idlib, which promotes the activities of both branches in the social media. In his propaganda materials and public speaking during Jumu’ah (congregational prayer on Friday), KIB leader Abu Yusuf Muhojr regularly makes reference to the religious preaching of the founder al Qaeda Osama bin Laden and the group’s current amir  Ayman al-Zawahiri. Radical Salafism and militant Takfirism are the fundamental basis of the jihadi ideology of the KIB.In accordance with the ideological doctrine of KIB, the group considers its goal the construction of an Islamic state in Central Asia, the overthrow of the regime of Bashar al-Assad, and the protection and spread of Salafi-jihadi ideology around the world by force. Also, Abu Yusuf Muhojir describes with admiration the military successes of the Taliban Mujahideen and calls them “the faithful warriors of Allah.”

Since the spring of 2018, Uzbek jihadists, together with the Taliban, have conducted more than ten terror operations called Khandak and Mansuri.After each terrorist attack, the KIB’s Media Center published video and photo materials on the captured military equipment, weapons, and cited the data of the killed soldiers of the Afghan Army on the Telegram channel.For example, on July 18, 2018, the Media Center reported that “in the framework of the joint Operation Khandak, the Mujahideen of Kathibat Imam Bukhori neutralized four military personnel who had undergone military training NATO and destroyed one infantry fighting vehicle and 3 Hummer.”At the end information, the KIB confirmed its loyalty to the Taliban according to the Bay’ah (oath of allegiance in the world of jihadism). This indicates that the KIB continue its historical fealty to the Taliban and alQaeda.

As the recent battles for the city of Ghazni have shown, the Taliban has been able to significantly increase its combat readiness and expand its presence to the borders of Uzbekistan, Turkmenistan and Tajikistan.This means that Uzbek jihadists are closer and closer to their homes, where they intend to create an Islamic Caliphate.The KIB, IJU and TIP continue to attract followers, gain battlefield experience and make international connections.

The Central Asian countries seriously fear that the Taliban’s dominant role in the intra-Afghan war can inspire the jihadists from the Fergana Valley into terrorist attacks in their homeland.But the “Stans” governments do not have military, political and economic levers to pressure the Taliban so that it refuses patronage over Uzbek and Uyghur Salafi-jihadi groups. The Afghan peace conference in Tashkent and the ongoing talks between Uzbekistan and the Taliban do not give much optimism that the terrorist threat KIB, IJU and TIP will decrease in the future.

Since 2001, there have been many attempts to organize a negotiation process with the “moderate” wing of the Taliban in various formats.International conferences were held under the aegis of the UN, like the Tashkent one.Al Qaeda leader Ayman al Zawahiri has sworn allegiance to the Taliban’s new amir, Mullah Haibatullah Akhundzada in June 2016.Therefore, it can be expected that the strategic ties between the Taliban and al Qaeda will continue in the future, and their patronage over the Central Asian Salafi-jihadi terror groups will not interfere.

Causes and consequences of jihadism

In conclusion, it should be noted that the UN statistics on the number of Central Asian jihadists is very conditional. Counting al Qaeda backed Sunni radical group’s membership in Central Asia and the Middle East is a difficult task.In practice, their number is several times higher. In my opinion, the controversy over the continuation or termination of al Qaeda’s and Taliban’s strategic ties in Afghanistan, as well as the allegation of a quarrel between al Qaeda and Hayat Tahrir al-Sham in Syria is of secondary importance.Despite internal contradictions and temporary conflicts for leadership in the jihadist world, al Qaeda, the Taliban and ISIS united by the common extremist Salafist-takfiri ideology. The purpose of this ideology is the construction of the Caliphate in the world and the struggle with the crusaders of the West.

The UN in its report was unable to name the exact number of Sunni Muslims who share the Salafi-jihadi ideology. While the ideology of Salafism and Wahhabism is alive, the number of Islamist terrorists in the world can only grow, and jihad cannot be stopped.After analyzing the UN’s and the Pentagon’s reports it can be concluded that world powers are struggling not with causes, but with the consequences of jihadism.But the fight against the ideology of radical Islamism is primarily a responsibility of the Islamic world.