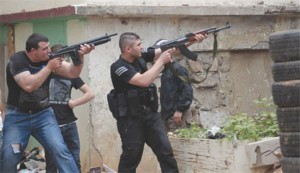 Damascus province: Clashes renewed between IS against Aktaf Bait al-Maqdis and allied battalions in the Yarmouk camp. A man from the camp was killed by bombardment targeted the camp before yesterday. 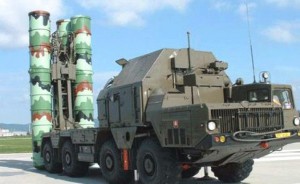 Russia may resume a deal to deliver S-300 surface-to-air defense systems to Iran if only the UN decides to lift its ban on arms sales to Tehran, a leading Russian defense expert said on Friday to Sputniknews..

Negotiators from Iran, the United States and other world powers agreed on Thursday to a framework for a final agreement to curb Tehran’s nuclear program.Iran agreed in principle to accept significant restrictions on its nuclear facilities for at least a decade and submit to international inspections.

In return, economic sanctions unilaterally imposed on the Islamic Republic by the US and EU will be lifted.

“Lifting sanctions on Iran, including the arms embargo, would be an absolutely logical thing to do,” said Igor Korotchenko, who heads the Global Arms Trade Analysis Center think tank in Moscow.

“Of key importance to us is the delivery of the upgraded S-300 missiles to Iran… A contract to this effect could be resumed on terms acceptable to both Moscow and Tehran,” he added.

In 2007, Russia contracted to sell to Iran $800 million worth of S-300 missile units. Moscow suspended the contract in 2010 following a UN Security Council resolution to stop the sale of arms to Iran due to its controversial nuclear energy program.

Iran then sued Russia’s state arms exporter Rosoboronexport at the OSCE Court of Conciliation and Arbitration in Geneva, with Moscow eventually offering Tehran a settlement and a promise to deliver the Antei-2500 missile systems at a later date, which was not specified.

Tehran refused, insisting on the implementation of the original deal. 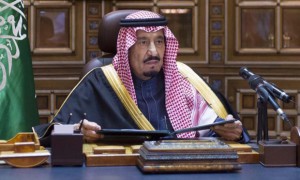 Officials of Gulf Arab states traditionally wary of Iran were silent on Friday about an initial deal intended to curb the nuclear program of their regional rival, and state-owned media made only passing mention of the development, wrote JP.com.

The main evening television news in Saudi Arabia broadcast a segment on the agreement only 40 minutes into its program.

A senior Gulf Arab official said any reaction would come in coming days not from individual countries but from the Gulf Cooperation Council (GCC), an alliance of Saudi Arabia, Kuwait, the United Arab Emirates (UAE), Qatar, Oman and Bahrain.

Another Gulf source said a reaction would come only after GCC members had made a thorough study of the agreement.

Speaking shortly before the news was announced, Adel al-Jubeir, the Saudi ambassador to Washington, said Riyadh could not comment until it saw the details of any accord.

“Everybody wants a good deal that prevents Iran from developing an atomic bomb,” he said in Washington.

Saudi Arabia has repeatedly hinted that it would seek its own atomic weapons if Tehran ever did the same.

Members of a Palestinian faction linked to the terror group Hamas, backed by Syrian rebels, were able to retake large parts of a refugee camp in Syria that had been seized by Islamic State (ISIS/ISIL) jihadists, according to SOHR.

Palestinian fighters and Syrian rebels in the Yarmouk camp in the Syrian capital Damascus “were able to regain control over all of the areas that ISIS had taken over,” reports the U.K.-based Syrian Observatory for Human Rights.

On Wednesday, battles broke out between ISIS and members of a Palestinian faction called Aknaf Beit al-Maqdis, which is reportedly loyal to terror group Hamas.

ISIS was able to overrun “large parts of the camp,” according to the Observatory.

However, the Palestinian group, with the help of Syrian rebels, was able to retake control of the ISIS-held territory inside the camp.

ISIS was eventually pushed “to the periphery” of the camp by the Hamas loyalist group, said Anwar Abdel Hadi, director of political affairs for the Palestine Liberation Organization in Damascus.

As many as six people were reportedly killed, and 17 others were wounded in the clashes between the Palestinians and ISIS.

The Observatory notes that ISIS still holds “some areas” in the camp, adding that “the clashes between the two sides are still taking places [sic] on the outskirts of the camp.”

AFP reports that the U.N. agency for Palestinian refugees, UNRWA, said it was “extremely concerned” about the safety of civilians in Yarmouk.

“UNRWA estimates that there are some 3,500 children among the 18,000 civilians living in Yarmuk. The intense armed clashes put these children at risk of serious injury and death,” UNRWA spokesman Chris Gunness told AFP. 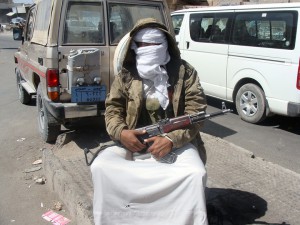 The fall of Mukalla — the capital of Yemen’s largest province, Hadramawt — highlighted how Al Qaeda is expanding its foothold in Yemen, taking advantage of the turmoil as a Saudi-led coalition backing the country’s beleaguered president tries to fend off a takeover by Shi’ite rebels.

Mukalla’s fall came as the rebels, known as Houthis, made dramatic advances in one of the main strongholds of the president’s loyalists, the southern city of Aden. The rebels broke into the center of Aden and briefly captured a presidential palace in the city.

The rebels withdrew from the palace after raising the Yemeni flag, but the move showed their continued strength despite more than a week of heavy airstrikes by the Saudi-led coalition. If the Houthis succeed in capturing Aden, it would be a significant blow to the coalition, which has been planning to land ground troops in the city to allow the return of President Abed Rabbo Mansour Hadi, who fled the country last week.

Al Qaeda in the Arabian Peninsula, as the terror network’s branch in Yemen is named, has been benefiting from the turmoil ever since the Houthis first surged from their northern strongholds last year to take over the capital, Sana, and much of the north. The rebels are backed in the campaign by military and police forces loyal to Hadi’s predecessor, ousted autocrat Ali Abdullah Saleh.

Around the country, some Sunni tribal fighters have been making alliances with Al Qaeda to fight the rebels, who adhere to the Zaydi branch of Shia Islam.

But the capture of Mukalla was a startling advance. The city lies 300 miles northeast of Aden along the Arabian Sea coast in large but sparsely populated Hadramawt.

The militants fanned out along major roads leading into Mukalla on Thursday and took over the city’s presidential palace, government agencies, and the local Central Bank branch. They tried to break open the bank’s vault with hand grenades but failed, according to witnesses. The witnesses spoke on condition of anonymity for fear of reprisals.

Militants in pickup trucks set up checkpoints across the city, sealing off entrances and exits, while residents were seen entering the offices and looting electronic devices and files, the witnesses said.

The Al Qaeda fighters also freed about 300 inmates from the city’s main prison, including scores of militants, according to security officials.

Among those freed was Saudi-born Khaled Batrafi, a senior Al Qaeda operative believed to have masterminded past attacks, the officials said.

Also freed were 90 death row inmates convicted for a host of criminal offences, according to activists in the city.

After the noon prayers, a top Al Qaeda leader stood up in the middle of the worshipers in the city’s al-Sharag mosque, telling them that he and fellow militants were there only to defend the city from the Houthis. 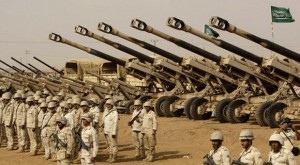 Saudi Arabia has reportedly removed border fences with Yemen in a measure that could suggest Riyadh is preparing for a ground invasion of its southern neighbor days after unleashing airstrikes against the violence-hit country.

Local Yemeni sources reported on Thursday that Saudi forces had opened border fences with the northwestern Yemeni province of Hajjah.

Accordng to Ahram Online, the Egyptian foreign ministry is calling the 6-7,000 expats wishing to return home to immediately be directed to “Al-Tawal” border crossing.

Meanwhile, other reports said al-Qaeda militants in Yemen stormed the center of the port city of al-Mukalla in the province of Hadhramaut early on Thursday, releasing some 300 inmates, including dozens of militants.

Nearly 200 people have lost their lives in Yemen since Saudi-led airstrikes began on March 26. Many of the casualties are civilians, among them women and children.

Hadi stepped down in January and refused to reconsider the decision despite calls by the Houthi movement.

However, the Houthi movement later said Hadi had lost his legitimacy as president of Yemen after he escaped Sana’a to Aden in February.

On March 25, the embattled president fled the southern city of Aden, where he had sought to set up a rival power base, to the Saudi capital, Riyadh, after Houthi fighters advanced on Aden. (Albawaba)

Kurdish official has revealed that its expected Pope Francis to visit Iraqi Kurdistan Region, however, the date of the visit has not been set, according BasNews.

Pope Francis’s representative, Cardinal Fernando Filoni, arrived in Erbil on 31st March and was welcomed by the Kurdistan Region’s Minister of Endowment and Religious Affairs Kamal Muslim, and the General Director for the Christian Affairs.

Muslim told the reporters, “Cardinal Filoni is in Kurdistan to witness the situation of the displaced people and refugees.”

Former spokesperson of the Ministry of Endowment and Religious Affairs Mariwan Naqshbandi told BasNews, “When he met Kurdistan Region President Massoud Barzani at the Vatican last May, Pope Francis promised Barzani he would visit Kurdistan in the future.”

“His schedule to visit Kurdistan has not yet been announced,” Naqshbandi said.

Kurdistan Region currently hosts thousands of Iraqi Christian refugees, who has left their homes from Middle and Southern Iraqi provinces.

Vatican has continuously acknowledged the role KRG has played in protecting Iraqi Christians from the extremist group. 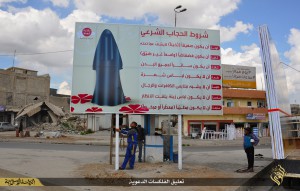 Islamic State, wrote Vocativ.com,  has launched a dress-code campaign in the Iraqi city of Mosul, with billboards displaying guidelines for being a “good Muslim woman”.

Vocativ discovered images posted by the Islamic State supporters showing ISIS members hanging the billboards in the Iraqi city that has been under the control of the militant group for almost one year.

The campaign focuses on a style of burqa—also mandated by the Taliban—which covers the entire body and face with a mesh screen over her eyes.

It also suggests that women who do not follow the guidelines may be subject to corporal punishment, though it is not specific about penalties.

Attempting to give the rules a positive spin, some of the billboards combine dress-code regulations with empowerment slogans such as, “the Muslim woman is queen in her house.” 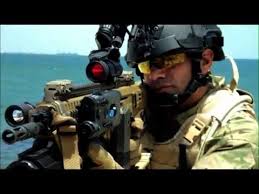 Unconfirmed reports, told BBC,  have emerged of foreign troops landing in the Yemeni port city of Aden. It is not clear what nationality they are.

Aden has been the scene of fierce fighting as Houthi rebels have tried to advance on the heart of the city using tanks and armoured vehicles.

A Saudi-led coalition has staged seven nights of anti-rebel airstrikes.

The Houthis have said their aim is to replace President Hadi’s government, which they accuse of being corrupt.

The rebels are supported by army units loyal to the former president, Ali Abdullah Saleh. 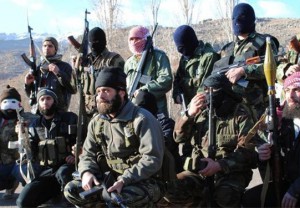 More than 25,000 foreign fighters from some 100 countries are linked to al Qaeda and ISIS, United Nations experts reported to the U.N. Security Council.

Along with some 22,000 foreign fighters in Syria and Iraq, there were also 6,500 in Afghanistan and hundreds more in Yemen, Libya, Pakistan and Somalia.

At a meeting of the 15-member Security Council chaired by President Barack Obama in September, the experts were asked to report within six months on the threat from foreign fighters joining ISIS, which has declared a caliphate in Syria and Iraq, Nusra Front in Syria and other al Qaeda-linked groups.

“For the thousands of (foreign fighters) who traveled to the Syrian Arab Republic and Iraq … they live and work in a veritable ‘international finishing school’ for extremists as it was in the case in Afghanistan during the 1990s,” the experts wrote in their report submitted to the council late this month. “Those who eat together and bond together can bomb together.”

The report also said an unintended consequence of defeating ISIS in Syria and Iraq could be the scattering of violent foreign fighters across the world.