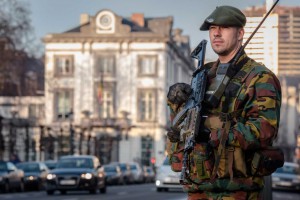 Belgian media are reporting a car has attempted to crash through the gates of an army barracks, and that shots have been fired.

The incident was reported Monday morning near the French-speaking town of Namur, south of Brussels. The suburb of Flawinne is home to a military barracks.

Official confirmation from Belgian police and prosecutor’s offices was not immediately available.