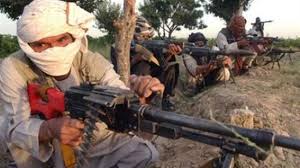 A car bomb exploded today near a mosque in the Old City of the rebel-held Yemeni capital Sanaa, causing casualties, witnesses and security sources said.

The explosion as Muslims went off outside the Kobbat al-Mehdi mosque where Shiite Muslims are known to pray, the sources said, without being able to specify how many people were killed or wounded.

On Wednesday at least 31 people were killed and dozens wounded in five simultaneous bombings claimed by the Islamic State group at Shiite mosques and offices in Sanaa.

Today’s bombing comes as Muslims observe the third day of the holy fasting month of Ramadan.

Iran-backed Shiite rebels known as Huthis overran Sanaa last year and have since expanded their control to other parts of Yemen, forcing President Abedrabbo Mansour Hadi and his government to flee to Saudi Arabia.

UN Secretary General Ban Ki-moon has appealed on warring sides to observe a truce for at least two weeks to mark the start of Ramadan, but UN-brokered peace talks in Geneva ended on Friday without agreement.