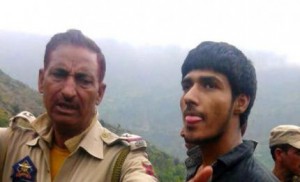 Apart from its political significance and potential diplomatic advantage, the recent arrest of Pakistani militant Muhammad Naved Yakub following a deadly attack on a Border Security Force (BSF) convoy outside the garrison town of Udhampur has proved a truly ‘prized catch’ for the security forces.

They have on the basis of “valuable information” extracted from him during his interrogation carried out a number of operations against Lashkar-e-Taiba (LeT) in Kashmir Valley particularly southern Pulwama-Shopian-Anantnag-Kulgam belt. The latest was an encounter with a group of militants that started in Ratnipora area of Pulwama on Monday evening and ended on Tuesday afternoon with the killing of a top LeT commander Showkat Ahmed Lone and his colleague Gulzar Ahmed.

Earlier on August 6, a similar gun battle resulted in the killing of the outfit’s district commander Talib Afzal Hussein Shah alias Omar in Astan Mohalla of Kakapora area in Pulwama district. However, another militant trapped with Shah escaped the security forces’ dragnet. A couple of other attempts also failed to yield ‘desired results’ as the militants reportedly named by Naved during his interrogation had already changed the locations identified by him when these were raided by security forces. In yet another incident, the militants hiding in a private house gave the security forces a slip after brief encounter.

Also, the security forces have been able to lay their hands on half a dozen people who had allegedly helped Naved during his stays at various places in Kulgam, Anantnag and Pulwama district of Kashmir Valley or, as has been claimed by the officials, are ‘over-ground’ activists or sympathisers of the LeT.