You are here: Home / Senza categoria / Capabilities over numbers for Islamic State operatives 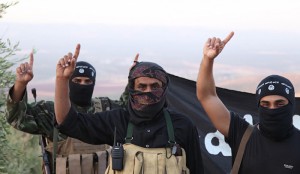 • On March 24, the head of INTERPOL announced that security officials are  dealing with a list of 5,000 possible Islamic State operatives who could target Europe

• More important than the total number of potential terrorists is their capabilities; those with bomb-making skills and tactical discipline are particularly dangerous

• Lone wolf attacks will remain a threat, but the most devastating attacks will likely come from criminal and terror cells with at least several trained members.

The fallout over the March 22 terrorist attacks in Brussels continues, as two Belgian ministers have offered to resign and the investigation is continuing into the network behind the attacks. The same day that the so-called Islamic State issued another call for its followers to conduct further attacks, the head of INTERPOL announced that European security services were dealing with a list of 5,000 potential threats. While the statement generated dramatic headlines, the figure is approximately the total number of people from Western Europe who have traveled to Iraq and Syria to join extremist causes. This figure has been known for some time and does not differentiate between those alive or dead; those intending to return or stay; and between those intending to return and those intending to return and attack.

The manpower needed to investigate, assess, prioritize, and then monitor and disrupt potential threats is overwhelming not just for Belgium, but for much of Western Europe. Lost in the noise surrounding total numbers is the clear indication that the Islamic State has people in the EU who are already sufficiently trained to conduct mass-casualty attacks like those in Paris and Brussels. The number of trained operatives is an unknowable percentage of the pool of potential attackers.

The difference between attackers who have been competently trained and those who have just been inspired by the Islamic State is the difference between the November 2015 Paris attack that killed 130 civilians and the January 2016 Jakarta attack that killed two. Even accounting for the disparity in number of attackers (Paris had ten or eleven; Jakarta had five), the tactics involved in target selection and mode of attack, as well as the weaponry used, produced the stark difference in casualties. Syria and Iraq have served as live-fire training grounds for Islamic State fighters for years now.

The November Paris attacks involved explosive vests, evidently made by Najim Laachraoui, who reportedly blew himself up at the Zaventem Airport in Brussels. The explosive vests in the Paris attack killed one civilian and seven attackers—a combination of poor bomb-making and poor target selection. Unfortunately, the same extended cell learned from Paris; the bombs in the Brussels attack were sufficiently powerful, and the target selection—confined, yet crowded areas—ensured large numbers of casualties.

Suicide vest construction is well-known among terrorists, but the safe and repeated manufacture of high-powered vests designed for maximum carnage is a rare capability. The Islamic State’s network or extended cell in Brussels has demonstrated in two attacks that it has at least one relatively competent bomb-maker, as well as operatives capable of planning and executing mass-casualty attacks. It is unusual for a group’s bomb-maker to blow himself up, as is reportedly the case with Laachraoui. Either he believed he was likely to be captured in the aftermath of the attacks, or the group has another member capable of constructing vests and suitcase bombs.

Authorities are urgently attempting to determine the number of remaining Islamic State operatives trained in planning and executing attacks with small arms or explosives. Once a plot advances to the bomb-making stage, there is little but luck that can stop another mass-casualty terrorist attack in Western Europe.