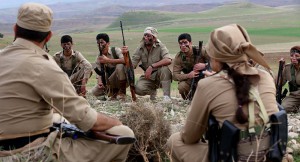 Canadian military will assist the Kurdish fighters in the north of Iraq to retake Mosul from Daesh, Canada’s Armed Forces Chief of the Defense Staff said on Friday.

“In the month and maybe even years to come, as the Mosul battle develops, Canada will be with the Kurdish forces on key terrain to ensure that ISIL [Islamic State] is contained,” Vance stated at the Conference of Defense Associations.

The general added that the Canadian forces will also continue to work on the coalition’s train, advise and assist mission at “critical terrain” in the north of Iraq.

On Thursday, Ottawa announced that it concluded airstrikes against Daesh in Iraq and Syria, which is had been conducting since 2014.

Now Canada will continue supporting the US-led coalition by providing aircraft for refueling and surveillance purposes.