You are here: Home / Senza categoria / Canada: Islamic terrorist leader is locked up, but was still on social media 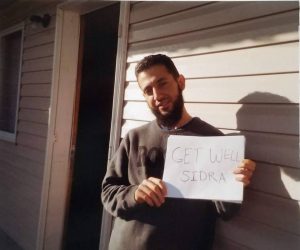 The Islamic terrorist leader Zakaria Amara is locked away at Millhaven maximum-security prison, serving a life sentence for plotting Al Qaeda-inspired truck bombings in downtown Toronto, like reported by globalnews.ca.

But for the past six months, a Facebook page in his name has been posting his prison photos as well as what purported to be his jailhouse prose, including a telling of what made him a terrorist.

Facebook deleted the account on Wednesday hours after Global News asked about it. The social media company said the Amara page was taken down “for violating our community standards.”

“We don’t allow mass murderers to maintain a presence on Facebook,” the company said, adding it also did not let impersonators maintain accounts.

Amara was the ringleader of the Toronto 18, the terror group that held a training camp for potential recruits in Washago, Ont., and then began preparing a series of truck bombings inspired by Al Qaeda.

The group had selected the Toronto Stock Exchange, Toronto CSIS building and a Canadian military base as targets but was infiltrated by CSIS and the RCMP, which arrested the extremists in June 2006.

The Amara Facebook account appears to be have been operated from Mississauga, Ont. A message requesting confirmation that the page was actually Amara’s garnered the response, “this is a real account.”

Asked how a convicted terrorist leader could post his views and photos on Facebook, the Correctional Service of Canada said inmates did not have access to the internet.

“It does happen on occasion that individuals post on behalf of inmates,” said Esther Mailhot, a CSC spokesperson. “CSC does not have control over these postings.”

She also said that while inmates were not allowed to have cameras, they could purchase pictures taken by a photographer. “Inmates are able to send photos out of the institution to family or other contacts in the community.”

According to the telling on the Facebook page, Amara “never felt Canadian” because he wasn’t white and got “caught up in a perfect storm of internal and external influences.”

“Many of you have probably wondered why the Muslim world has produced so any radicalized individuals,” it said. “When I look at what the people of that region have been going through for over 100 years, I am actually surprised there aren’t more radicals,” it said.

“Desperate for belonging to a people in my teen years, these are the only people I ever felt I belonged to, and as they radicalized, I radicalized with them.”

“Bush’s 2003 invasion of Iraq and its resulting massacre of hundreds of thousands of innocent Iraqis represented the crossing of the Radical Rubicon for me. You can pretty much draw a straight line from there to my arrest in 2006,” it said.

But Amara said he realized he was wrong when the so-called Islamic State began committing atrocities in Syria and Iraq, according to the Facebook essay.

“Holding out became harder and harder, until it finally became impossible and I simply had to let go out of sheer disillusionment.”

Phil Gurski, who was the Canadian Security Intelligence Service’s lead analyst on Islamist extremism during the Toronto 18 investigation, was unimpressed and noted Amara’s “distinct lack of ownership or responsibility” for his actions.

“You had a choice and you opted for violent extremism. There were other avenues,” Gurski wrote on his website. “You could have worked to become part of Canada. And yet you didn’t. None of this is anyone’s fault but yours.”

Amara was stripped of his Canadian citizenship in 2015 but it was returned to him when the Liberals came to power and scrapped a law that allowed the government to revoke the citizenship of convicted terrorists who hold dual nationalities.

Another convicted terrorist at Millhaven is also online. Serving a life sentence for his role in a plot to conduct attacks in the United Kingdom, Momin Khawaja’s photo and profile appear on a website for inmates seeking pen pals.