You are here: Home / Europe / Can Kosovo rehabilitate its homegrown extremists? 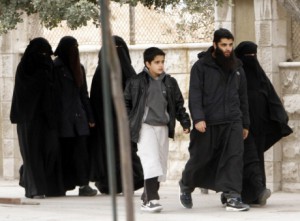 Kosovo is following in the footsteps of European countries such as Denmark and Germany by creating rehabilitation and de-radicalization programs for its citizens who have allegedly been involved in the wars in Syria or Iraq.

Officials from the Kosovo government say they are preparing five programs, which will “exclusively and explicitly” deal with the rehabilitation of people who have either participated or are ready to join terrorist groups in Syria or elsewhere in the Middle East.

Edon Myftari, security advisor to Kosovo Prime Minister Isa Mustafa, told BIRN: “These programs foresee the treatment of imprisoned people or people who have been punished for participation in terrorist activities, their families or other persons who live in Kosovo and who might have been radicalized without even joining the conflict, but simply as a result of different types of indoctrination.”

The programs are expected to be ready by mid-July and are being drafted in cooperation with the International Institute for Justice and the Rule of Law, based in Malta.