You are here: Home / Analysis / Can China replace US troops in Afghanistan? 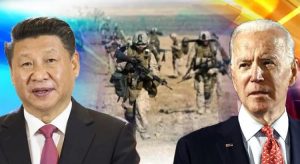 China has blasted the US for its decision to withdraw all its troops from Afghanistan, following a rise in violent attacks in the war-torn country, like reported by eurasiantimes.com.

This raises the question of whether China would step up its involvement in Afghanistan and fill the vacuum after the September 11 withdrawal?

On May 8, China blamed the Biden administration’s troop withdrawal move for the multiple explosions at a girl’s school in Afghanistan which killed at least 60 people, most of them female students.

“It needs to be pointed out that the recent abrupt US announcement of complete withdrawal of forces from Afghanistan has led to a succession of explosive attacks throughout the country, worsening the security situation and threatening peace and stability as well as people’s lives and safety,” Chinese Foreign Ministry spokeswoman Hua Chunying said in a statement on May 9.

Her call for withdrawal “in a responsible manner” echoes China’s earlier position when Biden had confirmed a complete American withdrawal. This was in continuation of the deal his predecessor Donald Trump had brokered with the Taliban last year, albeit a delay in the deadline set then.

While Trump had negotiated for withdrawal by May, Biden had deferred it to the 20th anniversary of the 9/11 attacks. The Taliban had issued a warning on May 1 to US-led NATO forces of possible counterattacks as the original deadline ended.

China had expressed its concerns following Biden’s announcement, stating that “terrorist forces will take advantage of the chaos.”

China’s main point of contention had been US Secretary of State Antony Blinken’s comment that the focus has shifted from Afghanistan as “we have other very important items on our agenda, including the relationship with China.”

“This reflects deep-rooted zero-sum mindset from the Cold War which is detrimental to mutual trust between the two countries and it is not conducive to cooperation and coordination on international and regional issues,” Foreign Ministry spokesman Zhao Lijian had stated.

The hitherto divided American troops can now focus more on its Indo-Pacific theater in response to the increasing Chinese aggression in its neighboring waters. This undivided attention will be detrimental to Chinese plans.

China also has strategic needs in preserving peace in Central Asia. Instability and Islamic terrorism in Afghanistan can have a domino effect and increase Uyghur militancy. The rebels might also get a base in the Taliban’s Afghanistan.

There have already been reports of hundreds of Uygur militants, who worked with the Islamic State in Syria, regrouping in Afghanistan to stage attacks in Xinjiang.

Can China Replace US Soldiers In Afghanistan

Foreign policy analyst and consulting Editor of the EurAsian Times Prakash Nanda believes any plans of Chinese military involvement in Afghanistan would be a global fantasy.

He pointed out that China does not have the capacity to be a global security provider like the US does. It has also never done such a feat before and is unlikely to do any such thing now, that too in Afghanistan.

One of the major criticism the US has faced for its role in Afghanistan is that it had not been given a legitimate invitation to intervene in the sovereignty of another state. Similarly, China has not been asked by the Afghan government for any intervention and such a decision wouldn’t be popular with the Afghan people.

On the question of whether concerns over Xinjiang could lead to Chinese intervention, Nanda doesn’t believe radical Islamism in Afghanistan will have any profound impact on Xinjiang. There will be linkages but China will have to act domestically and cooperate internationally.

China’s Foreign Ministry spokeswoman Hua Chunying had said that Beijing “will continue our firm support for the Afghan government and people in their efforts to combat terrorism and safeguard national security and stability. We also stand ready to work with the international community to help Afghanistan realize peace at an early date”.

The only power that could agree to any joint mission with China would be Russia. But then, Russia has been accused of supplying arms to the Taliban to counter American influence. For instance, quoting intelligence sources, The New York Times had reported how Russia offered bounties to Afghan militants to attack US troops.

Like China, on its own, Russia doesn’t have enough resources to replace the US in Afghanistan. But it does want to increase its geopolitical influence in Central Asia.

Having a joint military presence with China in Afghanistan with the help of neighboring Iran and Pakistan through collaborative security alliances with all of Central Asia will probably accomplish such a goal.