You are here: Home / Africa / Cameroonian Army kills over 70 Nigerians in Gwoza 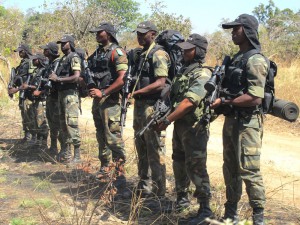 “We didn’t know what was going on”, said Muhammed Abba, a resident of the village.
“Before we could say a word, they started firing. That scared most of us and we began to run.”
Abba said that when people returned to the village, they found 70 corpses littering the ground.

Kirawa-Jimni is a border community near Cameroon, located around the area where Boko Haram insurgents once held sway.

Many Gwoza residents who had fled to Maiduguri and Yola say the insurgents are still very present in the area.