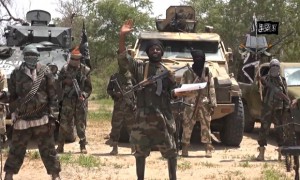 At least seven people were killed and about 20 others were kidnapped by Boko Haram militants in an overnight raid on a village near Cameroon’s northern border, a senior military officer said on Tuesday.

Tchakarmari, the village targeted early on Tuesday, lies north of Maroua, where dozens of people were killed in a series of suicide bombings by the Nigerian Islamist group last month.

“There was an attack at 1.30 a.m. (0030 GMT). We have a figure of seven dead … We were informed that this was an attack by gunmen from Nigeria,” said the officer, who asked not to be named as he was not authorized to speak to the media.

The officer, deployed as part of a Cameroonian military operation aimed at stemming the spillover of violence from Boko Haram’s traditional strongholds in northeastern Nigeria, said that the death toll was provisional and could rise.

After the spate of suicide bombings in July, Cameroon’s government announced plans to send an additional 2,000 troops to boost security in the Far North region.

The regional governor has banned burqas since the attacks, which were carried out by veiled female bombers. And over the weekend, authorities rounded up and expelled about 2,800 Nigerians living in Cameroon without the required documents.

Cameroon has already deployed some 7,000 troops as part of a regional force which includes Chad, Niger and Nigeria to try to stop Boko Haram’s six-year insurgency.