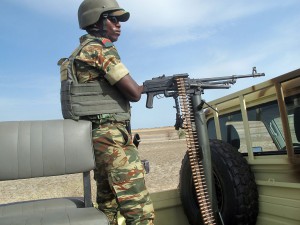 Cameroon is sending troops and attack helicopters to its eastern border with Central African Republic amid reports that rebels from the war-torn country have looted shops and kidnapped cattle farmers in Cameroon, Le Jour newspaper reported on Tuesday.

Cameroon’s army will be deployed in the Mbere department, according to the Yaounde-based newspaper, citing military sources it didn’t identify.