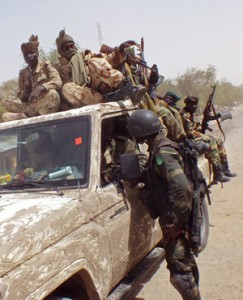 At a meeting in Cameroon in February, Nigeria and a group of neighboring countries that also includes Chad, Niger and Benin agreed to deploy around 8 700 troops against Boko Haram, which became an affiliate of the Islamic State group earlier this year.

Chad President Idriss Deby said this week that the regional force based in Chad’s capital, N’Djamena, would be deployed in days.