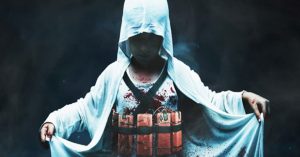 The Boko Haram sect has used children to carry out at least 60 suicide bomb attacks in Cameroon over the past year, like reported by allafrica.com.

The children are believed to be among thousands the terror group from Nigeria has kidnapped in a violent campaign to establish as Islamic state.

The latest revelations by the United Nations Office for the Coordination of Humanitarian Affairs (UNOCHA) collaborate recent findings by the organisation that in Nigeria, the use of minors in such attacks had increased five times from 2016 Nigeria.

In 2017, at least 135 children were forced to strike targets with explosives fastened to their bodies, underscoring the level of violence, abuse and violations children, and civilians in general, struggle with in the conflict zones.

Cameroon’s Far North region suffered around 60 such attacks in 2017, 16 of which were in Kolofata town.

Owing to security concerns, the authorities have decided to relocate around 12 000 internally displaced persons (IDPs) from Kolofata to a site in the town’s outskirts.

This has sparked a major humanitarian crisis.

“There are concerns for the relocated people’s welfare as the new site lacks necessities, notably water and sanitation,” said a UNOCHA spokesperson.

Persistent insecurity and hostilities continue to drive displacements. Some 1 400 people have been forced to flee their villages in north-eastern Nigeria to a transit camp for displaced people near the border with Cameroon.

Separately, around 4,000 Nigerian refugees are expected to return from Cameroon in the coming months.