You are here: Home / Europe / Cameron to seek consensus on striking Islamic State in Syria 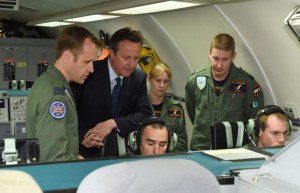 Prime Minister David Cameron will seek to reach a consensus on striking Islamic State militants in Syria despite the election of an anti-war leader of Britain’s opposition Labour Party, his spokeswoman said on Monday.

“That remains his view. It hasn’t changed because there has been a new leader of the opposition elected but, as he has said before, he wants to proceed with consensus on this matter and I think that is how he will continue to approach the issue.”

Jeremy Corbyn, who Labour supporters elected as leader on Saturday, favours scrapping Britain’s nuclear weapons and has said he would oppose any attempt to extend the mission in Syria.