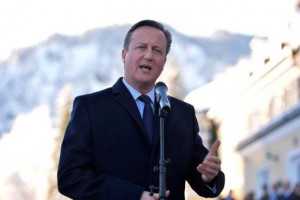 David Cameron has criticised the BBC for using the name “Islamic State”.

The Prime Minister is among those who refer to the group by its Arabic acronym, Daesh, in an attempt to highlight the group’s lack of legitimacy.

They argue that IS, also known as ISIL and ISIS, is “neither a true representation of Islam nor is it a state”.

He vowed to raise the issue again with the Corporation’s top brass after being angered by the use of the name when he appeared on the BBC Radio 4 Today programme. He said:

“Muslim families around the country would have held their heads in despair this morning when once again you just called it Islamic State. You didn’t even say ‘so-called Islamic State’. It is so important, this.”

Mr Cameron said in December that he would begin referring to the group as Daesh rather than Islamic State or Isil, after other countries had encouraged him to do so. He said:

“I feel that it is time to join our key ally, France, the Arab League, and other members of the international community in using, as frequently as possible, the terminology ‘Daesh’ rather than Isil.

“This evil death cult is neither a true representation of Islam nor a state.”