You are here: Home / Europe / Cameron open to keeping Assad in power in short term 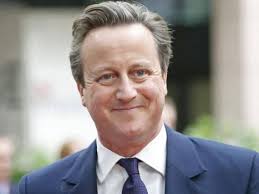 British Prime Minister David Cameron is open to keeping Syrian President Bashar al-Assad in power in the short term while a unity government is formed in the country, the Sunday Telegraph newspaper reported.

Citing an unnamed government source, the newspaper said Cameron’s view was: “There is not a long-term, stable, peaceful future for Syria where Syrian people can return home with President Assad as its leader”.

Asked whether Assad could remain during a transition period, the source said Cameron would not demand he immediately steps down. “There has always been the idea that there would be a political transition,” the source was quoted as saying.

British officials have increasingly departed from U.S. and Western policy of not talking to Assad, underlining a rift between Europe’s main powers over the role of the Syrian leader after more than four years of civil war.

German Chancellor Angela Merkel also said last week it was necessary to speak to “many actors, among them Assad”.

German government officials, however, denied Merkel was backing the positions of Spain or Austria, who see Assad as possibly playing a role in an interim solution for Syria that would involve joining with international military forces to defeat Islamic State.