You are here: Home / Europe / Cameron “Drones kill IS jihadists after plot to assassinate Queen” 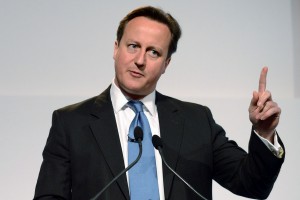 British forces launched a drone strike in Syria to kill two ISIS terrorists – Reyaad Khan and Junaid Hussain, who had plotted to kill the queen and other members of the Royal Family by detonating a huge bomb at the country’s VJ Day celebration, Prime Minister David Cameron revealed Monday.

“There was a terrorist directing murder on our streets and no other means to stop them,” Cameron said about the lethal Aug. 21 drone attack — the first UK military action in the Syrian civil war.

Two of the cutthroats were Britons, he said, who had helped hatch the twisted scheme to assassinate Elizabeth, Prince Charles and likely hundreds of others by blowing up the 70th anniversary VJ Day celebration in Whitehall on Sept. 15.

Cameron told Parliament that the killings were legally justified because the militants were plotting lethal attacks against Britain and that the terrorists could not be eliminated any other way.

He said the attack on a car in the Syrian city of Raqqa, an ISIS stronghold, came after “meticulous planning,” and that British nationals Reyaad Khan and Ruhul Amin were killed along with another unidentified militant.