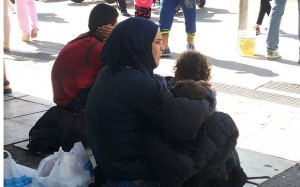 Ambulances and buses on Monday entered the besieged rebel-held Syrian town of Zadabadi to evacuate scores of fighters, among them injured, to Turkey under a U.N.-sponsored deal reached by the warring sides, rebel sources in the town said.

The deal will allow rebel fighters who have been holed up for months in Zabadani, near the Lebanese border, to have safe passage to Beirut airport to then head for their final destination of Turkey under International Red Cross Committee (ICRC) auspices.

Simultaneously, around 300 families in two besieged Shi’ite towns in the mainly rebel-held northwestern province of Idlib will be heading in a land convoy to the Turkish border from where they will then fly to Beirut.