You are here: Home / Africa / Burundi refugee figure hits 250,000 – UNHCR
NHCR requested US$175.1 million for the Burundi humanitarian response in 2016 and has to date received US$4.7 million, just about 3 per cent 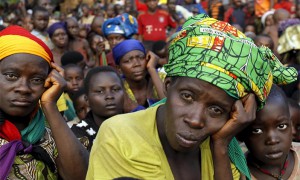 Following the crisis that broke out in Burundi last April, the number of people who have fled the country to the neighbouring states has surpassed the 250,000 mark according to United Nations High Commissioner for Refugees (UNHCR).

In a statement released Friday, the average rate of new arrivals per week has been more than 1,000 in Tanzania, 500 in Uganda, 230 in Rwanda and 200 in Democratic Republic of the Congo. And more continue to arrive with few returning home.

Despite recent high-level efforts to engage the government, we have not seen significant improvements in the security and human rights situation on the ground. The deteriorating economic situation is also a cause for concern and could trigger further displacement. “reads the statement.
UNHCR’s latest figures show that 250,473 people have been registered as refugees in Democratic Republic of the Congo (21,186); Rwanda (73,926); Tanzania (131,834); Uganda (22,330 since November 2014); and Zambia (1,197) since early April last year, when President Pierre Nkurunziza announced plans to run for a third term.
The statement further indicates that despite a slight calm in violence recently, refugees arriving in the host countries continue to report human rights violations in Burundi and difficulty in leaving the country.

In Uganda, about two thirds of Burundian arrivals in the past year are being hosted in Nakivale Refugee Settlement (14,876) in the South-West Region, 21 per cent in the capital Kampala, and the remainder in Kyaka II, Oruchinga and Kisoro settlements. These are mostly young women and children.

Access to water according to the statement continues to be a problem with UNHCR efforts of delivering by truck in Nakivale proving costly and unsustainable.

UNHCR requested US$175.1 million for the Burundi humanitarian response in 2016 and has to date received US$4.7 million, just about 3 per cent.