You are here: Home / Africa / Burundi government says will not join peace talks 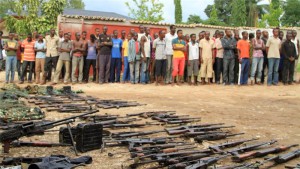 Burundi’s government will not take part in peace talks with the opposition scheduled for Wednesday, a senior official said, casting fresh doubt on efforts to end months of violence.

The talks in neighbouring Tanzania were announced last month as part of regional efforts to resolve a crisis triggered by President Pierre Nkurunziza’s decision to run for a third term in office – a move opponents said broke the constitution.

“No dialogue tomorrow neither on January 16 as many may think, because there has been no consensus on that date,” Joseph Bangurambona, the permanent secretary in Burundi’s foreign affairs ministry, told Reuters on Tuesday.