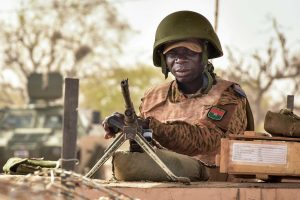 The operation between June 14 and 16 targeted areas in the country’s east and “was based on specific intelligence, leading to the dismantling of terrorist bases,” the army staff said.

More than 7,000 people have fled northern Burkina Faso after the attack on the village of Solhan in early June left at least 132 people dead, according to the government. Local sources put the death toll at 160.

The army had earlier said that “around 10 terrorists” had been “neutralized” during operations around Solhan between June 7 and 13.

The Solhan attack is the deadliest since Burkina Faso’s jihadist insurgency emerged in 2015, leaving at least 1,400 dead and forcing an estimated one million people to flee their homes.

The Sahel country has been hit by increasingly brutal attacks in recent years by groups affiliated with the Islamic State group and Al-Qaeda.