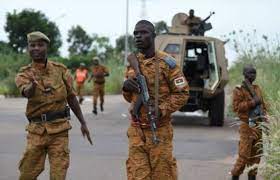 About 20 terrorists have been killed and four terror bases destroyed by an ongoing anti-terrorism operation in Burkina Faso since May 5, official news agency AIB reported on Monday.

The Burkina Faso army said the crackdown operation, named Houne, meaning dignity in local language, is being conducted in the terrorist attack prone northern and the Sahel regions of the country.

“About 20 terrorists have been neutralized, four bases destroyed and various equipment seized,” the report said.

According to an internal note of the army, the operation aimed to “neutralize the armed terrorist groups” which have been active in the area.

It also targeted at “securing and reassuring the populations as well as reasserting the State’s authority,” according to the note.

Since 2015, Burkina Faso has been facing deteriorating security situation with terrorist attacks that claimed over 1,000 lives and displaced over a million.