You are here: Home / Africa / Bundeswehr deploys MANTIS to Mali 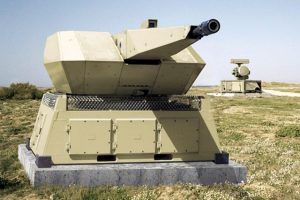 The Bundeswehr is deploying parts of the Modular, Automatic, and Network capable Targeting and Interception System (MANTIS) counter-rocket, artillery, and mortar defence (C-RAM) system for the first time to Mali, the Bundeswehr announced on its website, according to janes.com.

This will improve the protection of the UN Multidimensional Integrated Stabilization Mission in Mali (MINUSMA) in Camp Castor, Gao, the Luftwaffe, which operates MANTIS, said. The system provides 20–30 seconds warning of an attack, depending on the range from which the rocket, artillery, or mortar is fired, according to the Bundeswehr.

MANTIS sensors and an operations and fire control post are being deployed by sea to Mali in the “sense and warn” configuration without the system’s 35 mm guns. It will be followed by a six-strong team to be airlifted to Mali to build up the system, and then the rest of the contingent.