You are here: Home / Analysis / Building the post-Syrian civil war image of Hezbollah 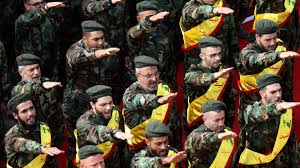 On March 15, 2011 the influence of the Arab Uprising that started with the Jasmine Revolution in Tunisia, materialized in the Syrian city of Deraa and the image of Hezbollah as a supporter of opposition movements in the region faced a challenge. The organization suddenly contradicted its previous posture by backing the Al-Assad regime. Hezbollah publicly endorsed the regime in 2011, and later in 2013, they started a joint military intervention alongside the Syrian forces in Al-Qusayr, like reported by eeradicalization.com.

The same social movements that had served as a symbol of resistance began targeting Al-Assad’s regime, a strategic ally. Syria’s importance is not measured just in access to military and financial assistance, but it is also defined by the transferring of weapons, equipment, and money from Iran. The situation pushed Hezbollah to develop a response that would not fully compromise their legitimacy.

The process of self-redefinition through the change of ideals is not unique to Hezbollah. Ideologies provide mental frameworks by which diverse actors regulate their identity and make sense of the world. The link between ideology and radicalization can be found in the force of the discourse and its capacity of enhancing the approval of violence in certain contexts. The escalation to violence demands a new definition of the current context and reality in order to incite action or active support, a mechanism that has been largely used by Hezbollah to recruit followers and to manage their armed and political wing.

Hezbollah created symbols in their discourse to justify their actions to distinct target audiences. Their strategy is mainly based on the appropriation of rhetorical devices that connect to the existing ideology of the target audience.

Hezbollah’s raison d’être, as both a political and an armed organization, has been continuously justified in public speeches and written declarations that contribute to their identity project. Hezbollah’s ideology is not a static guideline of values and beliefs, but has acted as a dynamic concept that adapts to contextual changes to justify the organization’s relevance.

The fact that these narratives have remained dynamic is integral to the legitimization process. The image building platform is currently centralized and controlled through their mass media system, which includes the newspaper Al-Ahd, the radio station Al-Nour and the Al-Manar TV channel and website. The Hezbollah-affiliated think-tank Consultative Centre for Studies and Documentation (CCSD) is also central in the distribution of information.

Maynard and Benesch explain the relationship between discourse, ideology, and extremism by proposing a model that bases radicalization on the context (speaker, audience, socio-historical environment, audience, and means of dissemination) and content justificatory mechanisms (dehumanization, guilt attribution, threat construction, destruction of alternatives, “virtuetalk”, and a future bias that claims the generation of future goods). These characteristics can be observed in Hezbollah’s strategy to justify their military involvement in Syria.

Justification to National Allies: Hezbollah as a National Political Actor

In the 2009 Manifesto, Hezbollah abandons the idea of an Islamic state and embraces national unity beyond sectarian politics with the recurrent use of the term “citizen”. The non-sectarian approach presents Hezbollah as a national actor that is concerned for the integrity of the state and the wellbeing of its citizens. The justification was particularly needed after their clear violation of the 2012 Baabda Declaration.

At a national level, Hezbollah adopted some of their known narratives to fit the Syrian scenario. Some content justificatory mechanisms adopted included a level of dehumanization and guilt attribution of the target of the attacks. The dichotomy “oppressed versus oppressors” was highly suitable during the “Arab uprisings”, however, it could no longer be sustained after the Qusayr offensive in favor of the Assad regime. A new justification was defined in the more encompassing terms of morality in a Manichean worldview.

Hezbollah mixed the frequent list of enemies (the U.S and Israel) with the new takfiri threat to create an updated axis of enemies. The connection was clarified by the organization during the Liberation Day speech: “[…] they only served the CIA, the Pentagon, and other intelligence agencies…what can the Western states tell their people and the public opinion after having armed such groups? […] those states are facilitating the armed groups’ movement to Syria”.

The “evil” nature of the new enemy was based on statements during the same speech, such as “Do you know what the problem with the Takfiri mentality is? It regards others as “disbelievers” for the silliest reasons. […] it’s actually political […] this is what danger is: a mentality that you can never communicate with through dialogue. They know nothing as “being flexible,” “setting priorities,” or “finding common things”.

In a conflicting perspective, this justification plays along the guidelines of sectarianism. Hezbollah decided to portray itself as a protector of a unified Lebanon and a condemner of the “fabricated rivalry” between the Sunni and the Shiite community. The notion of takfiri is embedded in the meaning of apostasy, which is useful to delimit the perception of an “us” (good practitioners of real Islam) and the “other” (evil transgressors of religion) and alienates one group from another.

The guilt attribution and the threat construction overlap in Hezbollah’s justifications. In an analogical fallacy, they compared the events with Palestine. Framing the situation in Syria and comparing it with the Palestinian experience creates a questionable analogy in which the similarities surrounding the events are highlighted in order to create presumption of the possible outcome of the conflict. The possible expansion of the conflict to Lebanon is part of a justification based on protecting the Lebanese national security.

The analogy with Palestine was also adopted to ease the annexation of the takfiri to the existing axis of enemies. “[…] If Syria falls in the hands of the US, ‘Israel’, takfiris, […] ‘Israel’ will invade Lebanon […] if Syria falls, then Palestine, the Palestinian Resistance, Gaza, the West Bank, and the Holy al- Quds will be lost”. The defense of Palestine has been historically supported by the group, and by comparing the two events; Hezbollah is using an analogy with a justificatory role to support their conclusion.

Other radicalizing elements can be identified in these justifications for violence. The “virtuetalk” justification is entwined with the Manichean presentation of the group and their enemies. Here, Hezbollah is defending the Syrian institutions and sovereignty, alongside Lebanon. Nasrallah declared, “we’re among the people who care most about Lebanon’s security, stability, civil peace, unity, state, and sovereignty”.

Moreover, Hezbollah uses the destruction of other alternatives and the future bias as radicalizing elements. In the speeches there is a constant reminder of the threat of an imminent expansion of the conflict to Lebanon. This possibility simultaneously discards the option to avoid conflict and presents violence as the confident anticipation of future goods as a content justificatory mechanism.

Hezbollah justifies their decision to escalate violence with discursive strategies that attempt to radicalize the response of their followers by using correlations between the current events and issues that were previously highlighted by the organization. In the messages, Hezbollah’s stance and actions are based on an “our might is right” rationale, where a military intervention and violence are presented as the only solution to avoid a crisis.

Justification to the International Community: Contesting the Role of the State

Hezbollah has carried out state-related activities focused on security and welfare, using institutionalization as a tool to expand the impact of their actions. Calculli proposes a mimetic strategy that can be used to observe the imitation and camouflage of the organization in regards to the Lebanese state, including the appropriation of hegemonic language of the state to adopt a sovereignist and internationalist speech.

Hezbollah has shared state sovereignty with the Lebanese government by defending its territorial integrity by force, then uses this mimetic strategy in two complementary ways; first as a political actor that is able to contest the sovereignty of the state de facto in Lebanon, and in a second approach, to use its state-related qualities to endorse a discourse that depicts the organization as an international actor.

One of the main components of Hezbollah’s discourse is the defense of the state institutions in Syria, a justification related to virtue talk and the construction of a threat. The rephrasing of a more morally accepted justification became a priority to avoid any major repercussions from international actors. The fear of eventually having the takfiri groups in power was also employed to argue that these groups would not maintain state institutions.

An aspect defended by Hezbollah on several occasions was the participation in elections. During a speech, Nasrallah accentuated the dangers of the takfiri groups by mentioning their rejection of elections and comparing this situation with the attacks of Tehrik-i-Taliban Pakistan in 2013. He declared “those takfiri believe that whoever takes part in the parliamentary elections is a “disbeliever” who should be killed and disgraced”.

He resumed this argument in 2014, when he denounced the Islamic State (ISIS) for their general rejection of popular participation in elections. This aspect was essential, since the 2014 Syrian presidential election was taking place soon after the speech. Nasrallah made the connection: “This civilized alternative which was presented by the ‘friends of Syria’ is saying that should I go to the ballots […] I will be sentenced to a death penalty”.

The Manichean approach was widely used at an international level. The public campaigns and attacks launched by ISIS created the ideal scenario to frame the intervention as part of the global “War on Terror”. In this discourse, the representation of the enemy is one of the main tools for amoral justification due to its function in the binary definition of good and evil. Hezbollah is not contesting state security institutions; rather it is presenting itself as an auxiliary in this global campaign.

For Hezbollah, the danger of the takfiri lies on their inability to engage in dialogue. The gruesomeness of these groups’ actions accentuated the moral division between the “two” axes in the conflict: “[…] those Takfiris behead people and cut their chests, dig up graves […] (Hezbollah) can never choose to be on the side of the US, “Israel,” or ones digging up people’s graves and cutting their chests or beheading them!”

Hezbollah used similar justificatory mechanisms. The international and regional scenario were redefined by the organization with the adoption of the threat construction, the destruction of alternatives, and the use of “virtuetalk” in speeches. Internationally, Hezbollah mimicked discourses to justify the increase in violence; this tactic simultaneously contributed to the radicalization process of their members and prospective followers, which started at a national level. The meticulously produced discourses contribute to radicalization through the promotion of biased ideas that generate acceptance and support from the general public, creating a restored sense of normalcy of the new violent context.

Hezbollah’s discourse works on the cognitive level as they are based on the reinterpretation of their activities; in this case, ideology provides the structure for judgment that leads to legitimation. They attempt to diminish any constraints by adopting semantic macrostructures related to social or group memory. This approach goes from cognition to discourse, and then from discourse to persuasion and legitimation of their actions.

Speech, the ideology that underpins it, and the diffusion channels play a relevant role in radicalization. The level of violence that results from this process varies, however, producing ideological notions allows individuals to see some violent actions as justified. Furthermore, the ideological restructuring in a volatile context such as the Syrian conflict appeals to new audiences, facilitating recruitment and public support.

The strategy in Syria displays a coordinated interaction between the political and the armed wing, where the contradiction in their ideology and actions does not represent a point of conflict in their internal organization. The use of ideological discourse is not the only factor that influences the legitimization of an organization, yet in the case of Hezbollah, it is evident that it represents a major instrument in this process due to the amount of resources and centralization of the media apparatus that work to reproduce the narratives.