Nearly 200 Brits have put their lives at risk and defied government travel advice by taking holidays in Tunisia, according to a leading campaigner. 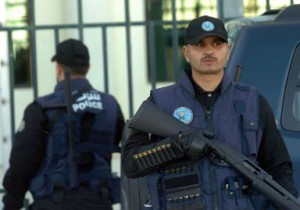 Mehdi Bahi, chairman of the Tunisian Association in Britain, has been campaigning for the Foreign Office to change its advice warning against all but essential travel to the north African country.

Since the advice was introduced in the wake of the Sousse beach attack where 30 Britons were killed, Mr Bahi, from Oldbury, has called for lighter restrictions due to the devastating impact on the country’s tourism sector.

This is despite the country’s premier saying further attacks were ‘highly likely’ and officials saying they had thwarted 15 terror attempts since the summer.

Around 400,000 people are estimated to be directly employed by the country’s tourism industry and Mr Bahi says they are at risk of being radicalised if they lose their jobs as a result of the slump in tourism.

He said almost 200 Britons he knows had taken holidays there despite the advice to support Tunisian tourism.

Many have shared pictures on Facebook to spread awareness of the campaign to get Britain to change its travel advice.

Mr Bahi, from Oldbury, said: “I am so grateful to those brave people from Britain who have gone and shown Tunisia is a safe place.

“They had a holiday, had a good time, booked their own flights, their own transfers, their own hotels, and are now back safe in the UK.

“We have seen from the devastating attack in Paris that terrorism can happen in any city. The numbers killed were much higher than those in the attacks in Tunisia but Britain has not told its citizens to avoid France.

“It is said that security in Tunisia is not as good in France, but how do we know that is the case after seeing what happened?

“Of course, my feelings of sorrow and heart-felt thoughts are with those who lost family members and friends in Tunisia, but the Foreign Office advice is effectively a ban which is losing people jobs in the tourism industry.

“This is what the terrorists wanted. Our campaign is about showing the terrorists they will not win. Unemployment in Tunisia is a big factor which leads to radicalisation. Those working in the tourism industry are now vulnerable because they are young and losing their jobs. They are at most risk of being manipulated by the terrorists.”