You are here: Home / Europe / British troops will remain in Afghanistan 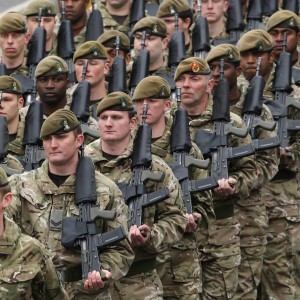 The British government has decided to extend the stay of its military troops in Afghanistan to 2016, stating that the country’s forces were struggling to provide complete security in the wake of increasing Taliban offensives. The move follows the US announcement earlier this month to extend its military presence in the war-torn country, in direct conflict with President Barack Obama’s long-held intention to exit before the end of his administration.

“We have now concluded that we should maintain the scale of the UK’s current military mission in the country in 2016, to help build a secure and stable Afghanistan. The scope and role of the UK mission remain unchanged,” Defence Secretary Michael Fallon told Parliament on Tuesday (27 October). British Prime Minister David Cameron reportedly spoke to Afghan President Ashraf Ghani on Monday, to inform him of UK’s plans.

At present, there are 450 British soldiers in Afghanistan in non-combat roles, who were set to return by the end of 2015. They are currently training personnel at the Afghan National Army Officer Academy, working with Afghan security ministries and supporting NATO operations in Kabul. British troops had ended their combat operations in the war-torn country in October last year, 13 years after the US-led invasion.

The decision to extend the troops’ stay comes after a performance review of the Afghan National Defence and Security Forces (ANDSF), and the overall security situation at present. The government said although ANDSF had been “tested” over the last year and were increasingly competent, it would however take time for them to develop into a full-fledged fighting force, capable of providing complete security for Afghan people.

Afghan forces have been struggling to fend off renewed attempts by Taliban, who are making inroads into central provinces. Last month, a fierce battle took place between the two at Kunduz, as Taliban attempted to takeover the northern city in a surprise attack. It took almost 15 days for security forces to recapture the town. On 5 October, Taliban militants launched a fresh attack on Maimana, the capital of the northern Faryab province.

In September, reports claimed that Kajaki dam, a key hydro-electric facility that supplies water to large parts of the Helmand province in the south, was likely to fall into the hands of militants. Kajaki borders the Musa Qaleh district, an epicenter for British military deaths in the past, which had also fallen into the hands of the Taliban in August.

Although the UK’s military role in Afghanistan since 2001 has not been significant, it has taken a toll. Close to 456 members of the Army, RAF, Royal Marines and special forces lost their lives in both combat and non-combat roles in the fight against the Taliban since 2002, BBC estimates.