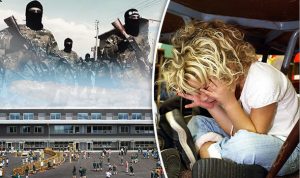 British schoolchildren as young as nine years old are to be drafted into the national security effort as the terror threat level remains “severe.”

The plans to expand the Government’s Action Counters Terrorism programme covering 11- to 16-year-olds to include younger children in Years Five and Six of primary school — roughly equivalent to elementary school in the United States — were unveiled by a senior police officer at the Olympia’s International Security Expo, according to the Evening Standard.

The unnamed officer told Expo attendees that “everybody needs to play their part in national security,” and that it was important that children help them to identify suspicious children — somewhat like “the Spies” in George Orwell’s Nineteen Eighty-Four.

“I feel young people are influencers of the future in terms of the way that we approach security,” the officer explained.

“Some people are anxious that we might want to have conversations with primary school Year Five, Year Six — but the point for me is young people are getting information pushed at them, and we should not be frightened of stepping into that space.

“We need to work as a whole society, whole system approach to it, where absolutely everybody plays their part in helping to really create hostile environments for terrorists to operate in.”

The perceived need for even nine-year-olds to play a role in supporting national security signals just how much of a struggle it is for the United Kingdom to cope with the sheer scale of the threat from radical Islamic terrorism, with some 23,000 people known to pose an at least “residual risk” to the public and hundreds of live terror investigations in progress.

Indeed, one convicted terrorist is released from prison back onto Britain’s streets every week on average, an investigation following the release of the notorious hate preacher Anjem Choudary found.