You are here: Home / Europe / British MPs prepare to vote on ISIL air strikes in Syria 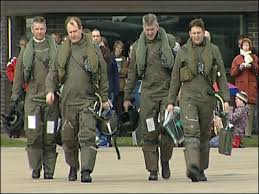 Britain could launch air strikes against Isil in Syria within months after the opposition Labour party signalled that it is prepared to back the ruling Conservatives in the wake of the Tunisia terrorist attack.

The Conservatives are preparing to put the issue to a vote despite a backlash from some Tory backbenchers, who have warned that military intervention could bolster the regime of Bashar al-Assad, the Syrian dictator.

David Cameron has said that Isil must be “crushed” in its Syrian heartland, adding that a “full spectrum” response is needed. Michael Fallon, the Defence Secretary, said that the Government would only put the question of air strikes in Syria to a vote in Parliament if it could secure “sufficient consensus”.

Mr Fallon also vowed that those involved in the murder of British tourists in Tunisia would be tracked down and brought to justice, whether they are in Tunisia, Iraq or even Syria.

Vernon Coaker, Labour’s shadow defence secretary, said his party “stands ready to work with the Government” to defeat Isil and would carefully assess any proposals.

Mr Cameron is likely to wait until after Labour appoints a new leader in September, however, to ensure he can rely on the support of its MPs. He is determined to avoid a repeat of the 2013 vote on military action against Syrian president Bashar al-Assad when he suffered a damaging Commons defeat at the hands of Labour and rebel Conservative MPs.

A total of 30 Tory MPs rebelled against the Government during the 2013 vote, with 20 abstaining. Many said that they were prepared to do so again.

Julian Lewis, the chairman of the defence select committee, said: “We apparently want to remove Daesh [Isil] without helping Assad. These two things are incompatible. It is a choice of evils. Which does my right honourable friend think is the lesser of those two evils.”

Mr Fallon said that bombing Syria would not give “succour” to Assad.

Mr Fallon said that British air strikes would be within the law, and pointed out that America, Canada and other gulf states were already carrying out air strikes. He said: “This is of course though a new parliament and it is for all members to consider carefully how best to tackle Isil – an evil caliphate that does not respect state boundaries. We want Assad to go, but we are equally clear that Isil operations in Iraq and elsewhere – and probably in Libya – are being directed from northern Syria.

“We have air strikes being carried out by Canadian aircraft that are, of course, helping to keep our streets safe as well.”

Setting out Labour’s terms for support, Mr Coaker said ministers would need to demonstrate the purpose and legal basis of any new action as well as the backing of other states in the region.

“We stand ready to work with the Government to defeat Isil and will carefully consider any proposals that the Government decide to bring forward,” he said.

Mr Cameron’s official spokesman said: “The Prime Minister has long thought that Isil poses a threat to Britain and Isil needs to be destroyed in Syria as well as in Iraq,” she said.

“[His] views haven’t changed. What has changed is the growing evidence that Isil represents a threat to Britain and our national security.”