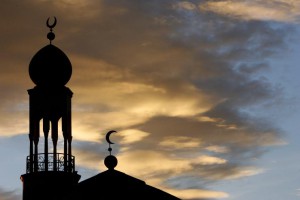 When British people think about Muslims, terrorism often comes to mind. Amid a growing international concern about the Islamic State group, a recent YouGov poll found that Britons associated followers of Islam with certain negative terms more than positive ones. At the top of the list were the 12 percent of respondents who linked the word “Muslim” to the phrases “terror,” “terrorist” or “terrorism,” the Telegraph reported.

The survey, commissioned by the United Kingdom charity Islamic Relief, asked about 6,640 people what ideas they connected with Muslims. “Terrorism” was the most popular response, followed by “faith,” “mosque,” “Koran” and “religious.” As many residents polled answered the question with “extremist” and “misogynist” as did “Allah,” Mohammed” and “prayer.”

This could indicate Britons have changed their views on Islam, Islamic Relief director Jehangir Malik told the Telegraph. “The results of this poll are extremely worrying because they show that public attitudes towards Muslims are hugely negative and attitudes towards refugees have hardened significantly,” Malik said. “It’s time we celebrated the role British Muslims play as part of the solution rather than demonizing the Muslim community as part of the problem.”

Over the past year, the U.K. has become involved in the fight against the extremist group ISIS. The British Parliament approved airstrikes on ISIS in September. More than 2,000 British nationals have left the country to join the organization in Syria and Iraq, and an estimated 300 have come back, the Independent reported.

The YouGov poll also found 42 percent of Britons didn’t think the UK should accept people fleeing the conflict in the Middle East. This was a jump from the 31 percent of people who said they disagreed with welcoming refugees in a similar 2014 poll.

Fiyaz Mughal, the founder of peace promotion group Faith Matters, told RT that the British public should remember that Muslim communities are diverse. He added that they’ve been known for “playing a positive role in the United Kingdom and having a long history of positive engagement with this country.”