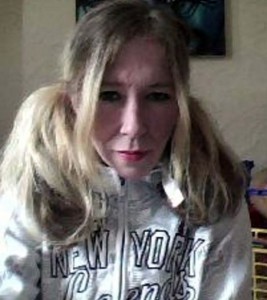 A British female Islamic State supporter has called for revenge attacks against a US Airforce pilot who led the mission to kill terror preacher Anwar Al-Awlaki.

She also shared a chilling picture allegedly showing his wife and young child “on a nice family day out”.

McCurley is a retired pilot and intelligence operator who was behind the Predator drone strikes which killed American terrorist Al-Awlaki in Yemen.

He has since published a book about the mission called Hunter Killer: Inside America’s Unmanned Air War.

The shocking call for violence comes after the same ISIS supporter posted the intimate details of Robert O’Neill , a Navy Seal who killed Osama bin Laden, and named him the Islamic State’s “number one target”.

“I posted this address and details to cause havoc in his life and to ask my brothers and Al-Qaeda in the U.S. to eventually hunt him down and execute him,” the British extremist wrote in a post on a website known to be used by Islamic State propagandists.

“They droned him as he was sitting in a outside restaurant in Yemen eating with his cousin who was also killed.

“Just to note that Anwar Al-Awlaki was an American citizen and was never charged with any crime.”

She accused the pilot of “cashing in on Muslims that he had killed by bragging and then writing a book”, sharing some words from his book to back up her disturbing calls for “revenge”.

Although it is not possible to fully verify the identity of the woman claiming to be Sally Jones, she appears to be the same extremist who has posted private details of a number of American soldiers.

Her targets included Navy Seal Robert O’Neill, who later appeared on Fox News and claimed the FBI was working to protect him from terror threats.

Sally Jones is the wife of Junaid Hussein, a British hacker who was recently killed in a drone strike in Syria.

Together, the pair were known as “Mr and Mrs Terror”.

Since abandoning Britain for a life of jihad, Jones has become a vocal Islamic State propagandist , using social media to spread her message of terror.

She is often banned from platforms like Twitter, but simply returns with a slightly different user name to spout the same violent rhetoric.

We have written to Lt. Col. T. Mark McCurley to warn him about the threats and ascertain whether the address Jones posted is correct, but he has not yet replied.