You are here: Home / Mediterranean / British Army Apache helicopters in action over Libya 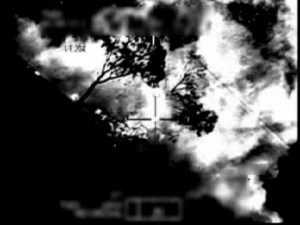 UK missions over Libya were undertaken as part of NATO’s Operation UNIFIED PROTECTOR, to enforce UNSCR 1973 and protect Libyan civilians at risk of attack.

The Ministry of Defence has recently announced a $2.3 billion deal to purchase 50 latest generation Apache attack helicopters for the British Army.

The new Apaches are understood to be much more capable than their predecessors.

The AH‑64E model of the helicopter can also carry more weapons while being more fuel efficient, allowing it to operate in more demanding conditions for longer. Built by Boeing and already in service with the US Army, are being purchased via a Foreign Military Sale with the United States Government.

“This deal will give the British Army an outstanding helicopter at good value for money for the UK taxpayer.

It is part of our plan for more ships, more aircraft, more troops available at readiness, better equipment for special forces, more being spent on cyber. That plan, backed by a rising defence budget will enable us to deal with the increased threats to our country.”

According to the Ministry of Defence, the support and training arrangements for the new Apache AH-64E helicopters represent a further opportunity for UK suppliers. The proposed arrangements for these services will be finalised over the next year, with contracts being placed toward the end of the decade. It is envisaged that these future arrangements will support around 350 jobs, a comparable number to that required to support the existing Apache fleet.