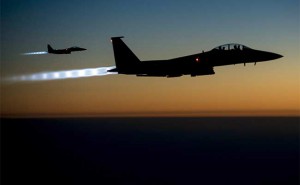 British pilots have participated in airstrikes over Syria on the behalf of allies such as the United States and Canada, the Ministry of Defense said Friday.

Prime Minister David Cameron failed to get approval from British lawmakers in 2013 for military action in Syria, though Britain conducts regular attacks in neighboring Iraq.

“The UK itself is not conducting airstrikes in Syria,” a spokesman said. “But we do have a long-standing embed program with allies, where small numbers of UK personnel act under the command of host nations. That has been the case in Syria.”