You are here: Home / Europe / Britain must help crush ISIS in Syria ‘Once and for all’ 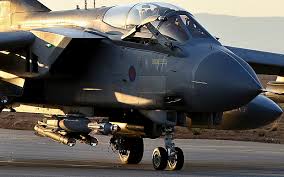 British Prime Minister David Cameron has been lobbying for greater military intervention in Syria to help eliminate Islamic State group radicals that have destabilized the region, sending millions of refugees fleeing into neighboring countries and trying to reach the safe harbor of Europe. On Saturday, Cameron’s hawkish military posture got backing from the former head of the Church of England.

“It’s not enough to send aid to refugee camps in the Middle East,” former Archbishop of Canterbury Lord Carey said in an article published Saturday in the Telegraph. “There must be renewed military and diplomatic efforts to crush the twin menaces of Islamic State [ISIS] and al Qaeda once and for all.”

The comments come as Britain seems poised to take a more active military role in attacking ISIS, which controls large portions of Syria and Iraq. On Saturday, Chancellor George Osborne joined with Cameron and Lord Carey in declaring that the Syrian crisis needs to be faced at its source, targeting both ISIS and the Bashar Assad regime, which is firmly entrenched in the west coast of the country and the capital Damascus to the south. French President Francois Hollande is expected to announce on Monday he’s extending airstrikes against ISIS from Iraq to Syria.

Lord Carey also said in his editorial that Britain should prioritize accepting Syrian Christian refugees who he says have been targeted for ethnic cleansing by ISIS radicals and would be more easily integrated into Britain, which is “a Christian nation.”

“Some will not like me saying this, but in recent years, there has been too much Muslim mass immigration to Europe,” Carey said in his article. Carey also leveled harsh criticism at Gulf states, including Saudi Arabia, for not owning up to the “moral responsibility” of taking in Muslim refugees who have overwhelmed camps in poorer neighbors in places like Jordan and Egypt.

The retired Anglican bishop served as Archbishop of Canterbury from 1999 to 2002 when the Church of England ordained its first female priests.