You are here: Home / Senza categoria / Brand control is more important to ISIS than territory 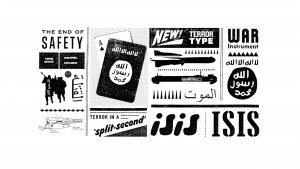 The beginning of the Mosul Offensive earlier this week poses yet another test for the adaptability of the Islamic State, or ISIS, which has downplayed or ignored a string of territorial setbacks it has suffered in Iraq and Syria over the last year. While Mosul will be the most strategically and symbolically significant of these tests — being the site where Abu Bakr al-Baghdadi pronounced himself caliph, and one of the cities in which ISIS was able to realize its caliphate-state and its most significant presence in Iraq — the liberation of the city, as well as eventually of Raqqa (ISIS’s capital in Syria), will not signal a final defeat for the group. Where territorial governance was indispensable in building the group’s brand over the last two years, today it is dispensable precisely because it will always be a part of the group’s history and narrative.

The single area in which the group has proved to be exceptional is not territorial but rhetorical. In the case of the other jihadist Syrian groups, this is not for want of trying; rather it is because of their fundamentally different aim — namely of being recognized as the only solution to the Syrian conflict. By contrast, ISIS’s brand of harsh punishment, mass extortion and terrorizing of society are unsustainable as long-term governance strategies — something for which we could expect ISIS leadership to have planned.

To be sure, ISIS’s fight for Mosul will be long and bloody. It is perhaps the most important territorial site for its brand. However, as evinced by its simultaneous propaganda activities, we should be careful not to forget that the group pioneered social media and communications space in a way that no other jihadist group did.

Territorial governance (and governance of Mosul in particular) has been a central theme of that messaging. But insofar as the group’s sights are set on “inspiring” others to its cause, it can use or do away with governance as the group considers helpful toward this end. Indeed, it has reported less on governance in its recent propaganda, compared with its substantial coverage of Islamic ritual observance and theology. The fact that it once had the opportunity to govern such a swath of territory suffices for its propaganda purposes in its claim of being the only “Islamic” cause that is committed to the application of what it sees as an authentic Islam and the punishment of any violation of it.